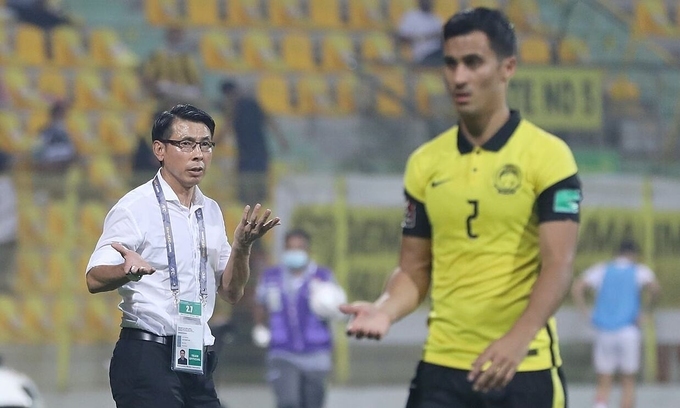 “Although we did not win in the last four meetings, I’m sure we are aware of the tactics and style of Vietnam. We must make full use of every opportunity presented before our eyes. We know the strength of Vietnam is speed and their cohesive attack, therefore we have to work doubly hard to seal off space wherever possible,” Tan told Malaysian news agency Bernama.

The game on Friday will be the fifth encounter between the two teams since Tan took over as Malaysia head coach. In the previous four matches, Vietnam won three and drew one.

“In every encounter with Vietnam, we had our chances at goal, as such we need more lethal finishings to make the difference,” Tan told media after a training session Tuesday.

Vietnam are on top of group G with 14 points while Malaysia have nine. After the 0-4 loss against UAE last week, Malaysia have no choice but to defeat Vietnam to advance to the final World Cup qualifying round. Vietnam also need three points to hold the top position, meaning the game will prove crucial for both teams.

“Vietnam are said to have the best defense in the group but we are confident each of our players is more than capable of earning a much-needed win,” Tan added.

The match will take place on Friday, June 11 at 11:45 p.m. (Hanoi time) and will be reported live on VnExpress International.