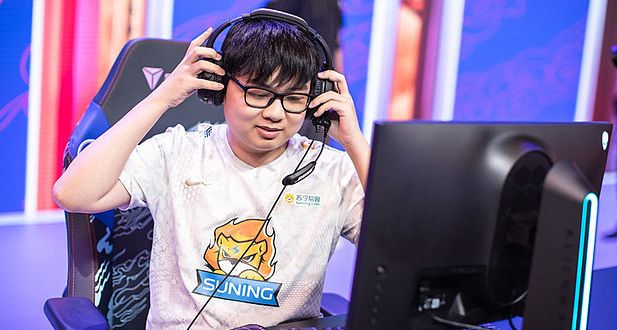 Le ‘SofM’ Quang Duy has become the first Vietnamese to enter the finals of a League of Legends World Championship, playing for a Chinese team.

In the semifinals of the 2020 LoL World Championship on Sunday, Duy and his current team, Suning Gaming, beat TOP eSports despite being considered the underdog. TES is currently the Chinese champion and has beaten Suning many times in domestic tournaments.

But this time around Suning played with power to score a 3-1 win in 41 minutes. Though TES tried to equalize in round two, Suning won two more rounds to advance.

Duy, 22, was named man of the match. He carried each game with different picks, playing Lee Sin, Shen and Jarvan in Suning’s victories, and always focusing on utility-oriented builds to make sure his characters were protected.

“SofM looked superb and managed to carry his team to a victory, putting the series at match point in his team’s favor,” top esports site Dot Esports wrote.

Suning plays South Korea’s top team, DAMWON Gaming, for the title on Saturday. The finals will be held at Pudong Stadium in Shanghai with about 6,000 spectators and millions more watching online.

Duy, born in Hanoi, is considered to be one of the most talented LoL pro players in Vietnam. He became the first Vietnamese player to reach Challenger Tier and top 10 Challengers on the South Korean Server that is considered the game’s hardest and was the GPL All-Star starting jungler at the 2015 International Wildcard All-Star Melbourne. SofM is short for ‘Style of Me.’

LoL is a multiplayer online battle arena (MOBA) video game launched in 2009. Players control a ‘champion’ with special abilities and battle against a team of other players or AI-controlled champions in a pre-defined arena. The goal is to destroy the other team’s ‘nexus,’ a structure located at the heart of base which is protected by other defensive structures.

The game is a hit in Vietnam, and its teams have risen in global prominence. It topped the list of global gaming traffic share with 26.4 percent, according to a 2018 Global Internet Phenomena Report by U.S networking equipment firm Sandvine.

Administrator - 11 October, 2020 0
Disabled athletes share their stories, telling how sports have changed their lives for the best and how they are preparing for the upcoming games.