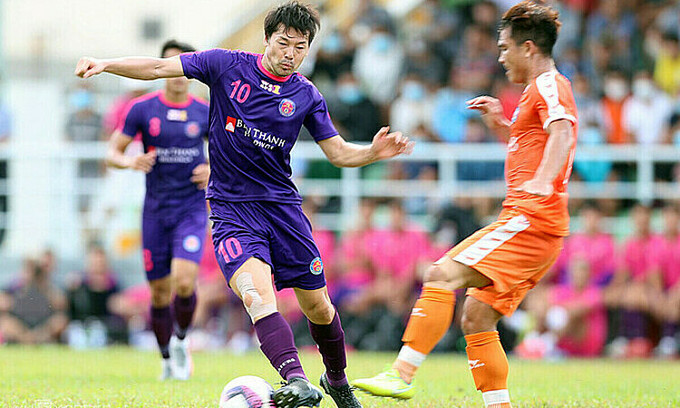 V. League 1 allows clubs to register or let go of players after the 10th of 13 rounds of the first phase.

The decision was made after the three players failed to impress at the start of the 2021 season.

Saigon FC said the 40-year-old Japanese midfielder Matsui had failed to maintain his fitness due to the dense V. League 1 match schedules while his 35-year-old striker compatriot Hiroyuri scored no goals. On the other hand, the 28-year-old midfielder from South Korea played decent games but also failed to impress.

The club have registered HCMC FC center back Pape Diakité and Japanese midfielder Ryutaro Karube, to be played in the second phase of the ongoing league.

Since the club qualified for AFC Cup, they were allowed to recruit another foreign signee. However, the Japanese player was put on a community-outreach football team since V. League only allows clubs to register three foreign players per phase.

Last month, the club also parted ways with Japanese manager Shimoda Masahiro since he failed to prove his abilities, with the club failing to capitalize under his command.

Saigon FC currently stand at 13th of 14 clubs with 10 points. After the first 10 rounds, they won three games, drew one and lost six.

They will face SHB Da Nang FC on April 28.

Administrator - 24 November, 2020 0
The Philippines has announced the cancellation of the 2020 ASEAN Para Games due to a lack of funding stemming from the COVID-19 pandemic, according to the Vietnam Sports Administration.