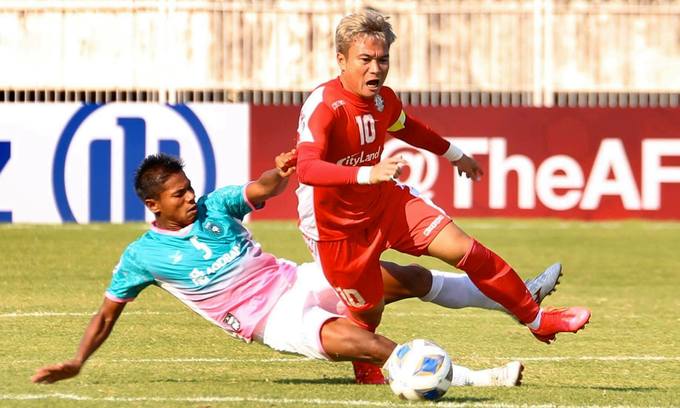 The squad is currently training in neighboring Ba Ria-Vung Tau Province to protect the squad from the coronavirus epidemic. The coastal province has not reported any infection while the busy HCMC has three.

Chairman of HCMC FC Nguyen Huu Thang and General Secretary of Vietnam Football Federation (VFF) Le Hoai Anh sent the request to AFC on Monday asking to reschedule the match in Singapore, where the ongoing coronavirus outbreak is more severe than in Vietnam, having infected 81 people as of Wednesday.

Thang told local media earlier this week his team is not at ease while the number of coronavirus infections remains on the rise in Singapore.

According to a previous report, AFC had agreed to move the home games of two Vietnamese clubs HCMC FC and Than Quang Ninh from February to April and May.

The AFC Cup ASEAN zone group stage sees the participation of 12 clubs across the region.

On Monday, VFF and Iraq Football Association (IFA) confirmed the preparatory friendly between Vietnam and Iraq ahead of next month’s World Cup qualification match had been canceled was concerned about the development of the epidemic in Vietnam.

VFF said it would choose a Vietnamese club for the practice match since not many teams are willing to travel to Southeast Asia due to the outbreak.

Vietnam declared the coronavirus outbreak an epidemic on February 1. The country has reported 16 infection cases, 11 of whom have been discharged from hospital.

The global death toll had reached 2,012, predominantly in China; and confirmed infections topped 75,000. 14,800 patients have recovered.

Administrator - 24 October, 2020 0
Vietnam’s level of influence in the Asia-Pacific region has moved up a notch in an annual power ranking, its reputation strengthened by the competent handling of the coronavirus pandemic.

Administrator - 24 October, 2020 0
​An exhibition featuring traditional costumes of ASEAN nations is taking place at the National Museum of Vietnamese History in downtown Hanoi.

Administrator - 24 October, 2020 0
There’s a proud “love road” inside the campus of Hanoi National University of Education where generations of students have checked-in. The road shaded by long line of freshwater mangroves.

Administrator - 23 May, 2020 0
Seoul -- South Korea's football season kicks off on Friday after a two-month coronavirus delay, leading the way for the global game as other leagues strive to return to action.