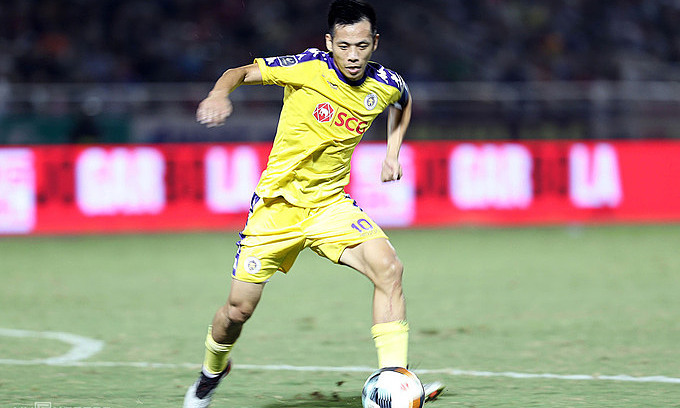 The voting began last Friday and the result was announced the next day. In a year when Vietnamese athletes took part in very few international tournaments because of the Covid-19 pandemic, the Hanoi FC captain impressed with his performances, helping the club finish second in the V. League championship, win the National Cup and the Super Cup.

A week ago, Quyet also won the Vietnamese Golden Ball 2020.

Following Quyet was boxer Nguyen Van Duong. The 25-year-old made headlines after knocking out his Thai opponent in just 60 seconds to win the bronze medal at the Asian championship as well as a ticket to the Tokyo Olympics in March.

Truong Viet Hoang was voted coach of the year after he helped Viettel win the V. League in his first season managing the club.

Following him was coach Doan Thi Kim Chi, who led HCMC I WFC to win the national women’s football league.

The disabled athlete of 2020 was Cao Ngoc Hung, who won three gold medals domestically and qualified for the Tokyo Paralympics.

The Athlete of the Year awards were given by Vietnam Sports Administration, based on votes of sports experts and journalists.

F1 set for a series of firsts with revised race calendar

Administrator - 3 June, 2020 0
Formula One is set for a series of firsts after publishing a revised eight-race schedule on Tuesday