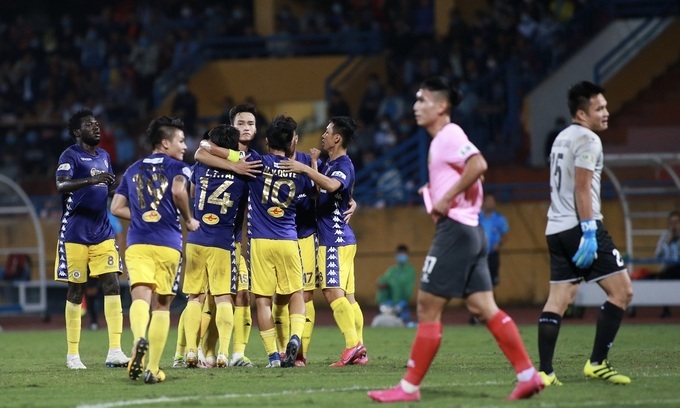 Hanoi was placed 10th in this list with a value of €4.35 million ($5.23 million). The club consists of many key players in the national team, like Nguyen Quang Hai, Doan Van Hau and Do Hung Dung.

The most valuable club in Southeast Asia is Thai League side Buriram United at €6.9 million, followed by Malaysian club Johor Durul Ta’zim with €6.73 million and Thailand’s Port FC with €6.33 million. Thai clubs dominate the top ten list with six entries, while Indonesia has two and Malaysia has one.

Hanoi is the only Vietnamese club in the top 10. In Vietnam, it is the most valuable club, following by Hoang Anh Gia Lai with €3.73 million and the V. League champion last year, Viettel FC with €3.66 million.

The most valuable player in Hanoi’s squad is Brazilian forward Bruno Cantanhede. He is valued at €400,000. Quang Hai is the Vietnamese player that has the highest value in Hanoi FC with €300,000.

The capital club is preparing for the return of V. League on March 13, after the tournament was postponed following a new Covid-19 outbreak at the end of January. Hanoi has not been in great form so far this season, losing two games against Nam Dinh FC and Becamex Binh Duong and being placed at the bottom of the table.

Administrator - 20 July, 2020 0
Saigon FC defeated Hanoi FC in an away match at the 2020 V-League 1 on Tuesday night, climbing to the second place of the standings.

Administrator - 28 September, 2020 0
The Vietnam Basketball Association announced that this year’s national league will be played at one venue, HCMC, starting October 15.