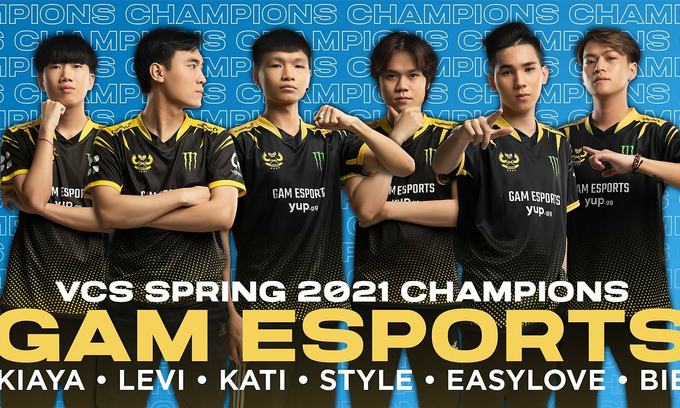 After four intense matches during the finals on Sunday, GAM were crowned champion of VCS 2021 after beating Saigon Buffalo (SGB) 3-1. In the first match, SGB claimed victory with superb tactics. Continuing the momentum, they dominated the second encounter. It was thought SGB would bag another win until a mistake from one of their players helped GAM level the score.

The third match saw GAM speed up. With the advantage of equipment and a high spirit, they left SGB no chance for a counterattack, taking them a mere 21 minutes to wrap things up.

In the fourth match, two teams went back to back. However, GAM made the best of their chances to win the final in the 28th minute and be crowned champion of VCS 2021. They will represent Vietnam at MSI 2021, set to commence from May 6 to May 22 in Iceland.

The MSI is an annual LoL tournament hosted by publisher Riot Games. It is the second most important international LoL event aside from World Championship. The tournament features LoL champions of all regions.

This is GAM’s fourth VCS title, the most of all Vietnamese teams since the first tournament in 2013.

If GAM make it into the top six teams at MSI 2021, they would help Vietnam claim two World Championship slots in China later this year.