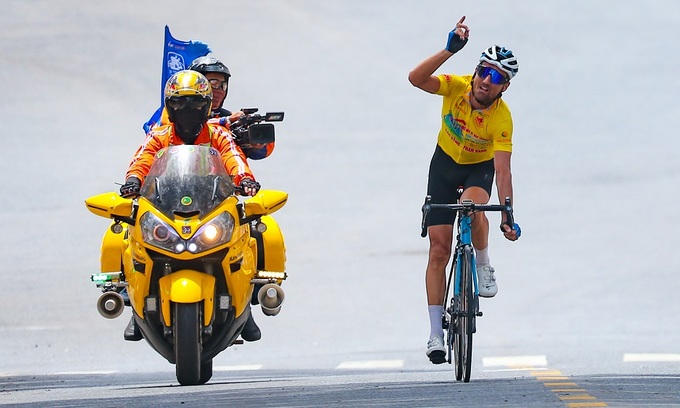 Loic Desriac during the HTV Cup 2021. Photo by HTV.

Desriac, member of Dong Nai Bike Life, had won the yellow jersey in the eighth stage of the race in the central province of Nghe An, and the 12th stage in Quang Nam.

He was among the first to finish the final, 22nd stage, from the Central Highlands’ Bao Loc Town to HCMC, securing the overall yellow jersey.

Spanish cyclist Javier Perez of HCMC came as the second winner. But he won the polka dot jersey for excellent performance across two mountain passes.

Dong Nai was awarded as the best team of the race and HCMC second.

Administrator - 11 May, 2021 0
Preparations for the May 23 general elections have so far been basically completed in a thorough, comprehensive and synchronous manner, said Chief of the Office of the Ministry of Public Security Lieut Gen To An Xo.

Administrator - 19 March, 2020 0
A 1-2 to loss to Buriram United in their debut match knocked HCMC out of the AFC Champions League competition in Thailand Tuesday.