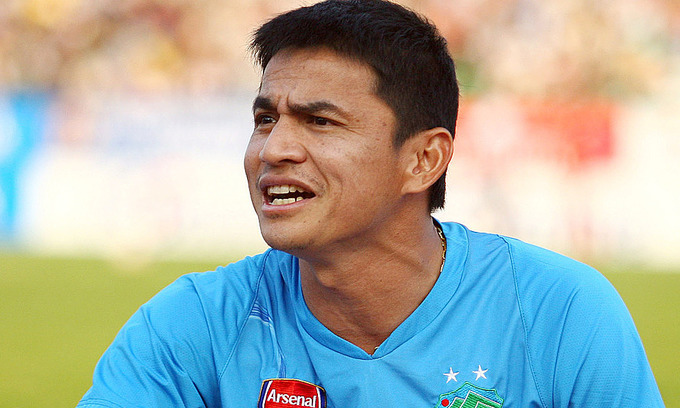 The information was confirmed by Thai sports site SiamSport on Friday. At his new club, Kiatisuk will receive a monthly salary of VND600 million ($25,837). Total contract value could reach VND14.5 billion in two years.

HAGL will announce their new coach in early December. After flying to Vietnam, Kiatisuk will have to enter two-week quarantine and follow Covid-19 prevention protocol. He will start his job on December 17.

Kiatisuk “Zico” Senamuang, 47, was a legendary Thai striker. During his 18-year career, Kiatisuk scored 251 goals in 339 appearances. He used to play for HAGL from 2002 to 2006, helping the Central Highlands club be promoted to V. League 1, then winning the title in 2003 and 2004. In 2006, he coached and played for the club at the same time and retired at the end of the season.

In 2010, he returned to coach HAGL but failed to achieve good results. After, Kiatisuk returned to Thailand to coach local clubs like Chula United and Bangkok United, then managed the Thai national team from 2013 to 2017, helping it advance to the final round of 2018 World Cup qualifiers and win 2016 AFF Cup.

After only finishing seventh in 2020 V. League, HAGL decided to strengthen its team by adding new players from Than Quang Ninh and HCMC FC, along with recruiting Kiatisuk as new coach.

Administrator - 26 November, 2020 0
A body was found Sunday at the Rao Trang 3 hydropower plant where a landslide had buried 17 workers last month.

Administrator - 26 November, 2020 0
The inaugural Vietnam GP has been cancelled, despite attempts to keep it on the original date of April 5. Here’s the full list of postponements, cancellations and when season hopes to return.

F1 set for a series of firsts with revised race calendar

Administrator - 3 June, 2020 0
Formula One is set for a series of firsts after publishing a revised eight-race schedule on Tuesday

Administrator - 27 July, 2020 0
A man cried throughout his 21 km VnExpress Marathon Quy Nhon run Sunday, told at the very start that his ailing mother had passed.