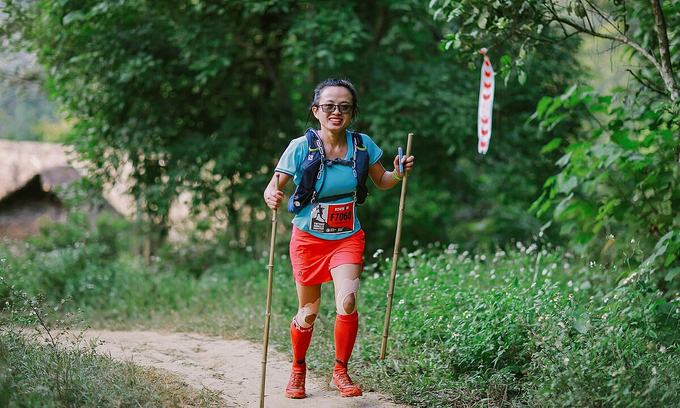 Nguyen Thi Duong has become the first Vietnamese runner to lead the scoreboard of Asia Trail Master, an aggregated website of runner-related competitions and results.

According to the Monday update on the Hong Kong-based website, the female Hanoi runner is currently leading the women’s ranking with 950 points.

The 31-year-old topped the chart for winning the female category of the 2020 Vietnam Jungle Marathon (VJM), with participants traversing golden rice fields and other types of terrain in Pu Luong Nature Reserve of north central Thanh Hoa Province.

Last Saturday, she completed her 70-km race 40 minutes behind runner Nguyen Thi Dung, who took first spot with the record of nine hours 36 minutes and 41 seconds.

With her recent achievement, Duong won an additional 450 points to bring her total score to 950. This helped her become the first Vietnamese runner to lead the Asia Trail Master Championship Ranking.

According to the latest update, four Thai runners are in second to fifth place in the women’s category.

In the male category, 34-year-old French runner Gaetan Morizur is currently in the lead with 875 points.

Vietnam has two male runners in the top 5 – Le Lanh in third place and Nguyen Duc Quang in fourth. Japan’s Hisashi Kitamura is in second place while Thailand’s Watchrin Luarlon lies in fifth.

Orangizers of Asia Trail Master stated scores for this and next year will be merged since many races around the world have been scrapped or postponed indefinitely.

Administrator - 27 November, 2020 0
LONDON -- Vietnam’s first Formula One Grand Prix in Hanor, cancelled this year due to the COVID-19 pandemic, will not be held in 2021 either due to local issues, the BBC and sources reported on Monday.

Administrator - 28 July, 2020 0
HCMC FC's head coach Chung Hae-seong has decided to quit after he was asked to step down and take over as technical director.

Administrator - 19 March, 2020 0
A top Formula One official is hopeful the inaugural Vietnam Grand Prix would go ahead on schedule in April despite the coronavirus outbreak.