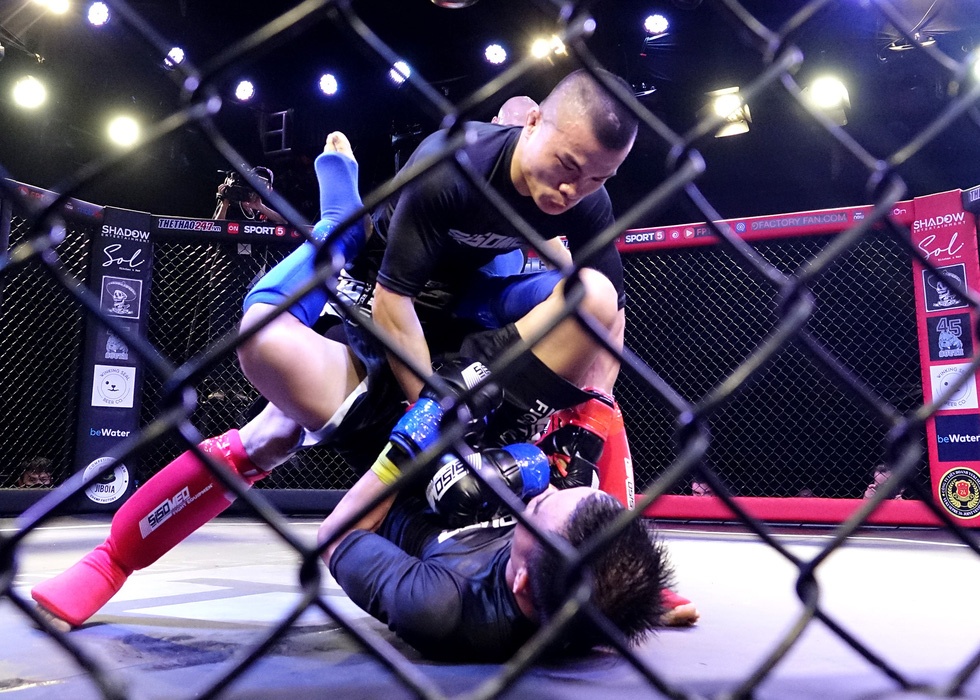 The tournament presented 18 face-offs from 36 fighters from over 20 institutions in Vietnam.

This is also the first official MMA tournament to be held in Vietnam after the martial art was legalized in the country in February.

According to the organizers, the championship was not the ultimate priority in this tournament as it was held to bolster the spirit of the Vietnamese martial arts community during the coronavirus epidemic.

The majority of fighters who participated in Bai Danh Chien 4 will receive a prize for their performance on the ring.

In the 63-kilogram section of the MMA category, Tran Ngoc Luong – a pioneering figure of Vietnamese MMA, vanquished Dinh Van Can, a Sanshou master from central Quang Ngai Province, via knockout.

A points decision also led to a surprise triumph for To Phi Vinh over Le Van Hien in the 58-kilogram boxing section of the tournament.

The event was attended by 1,000 live spectators as well as online audiences who watched via live streaming.

3 spiritual travel itineraries in the South of Vietnam

Can Tho introduces new tourism products and services in Hanoi

Administrator - 5 March, 2021 0
NDO – The Can Tho Municipal Department of Culture, Sports and Tourism organised a programme to promote new tourism products and services in Hanoi, on November 18, to attract tourists from Hanoi and northern provinces to Can Tho.

Administrator - 30 November, 2020 0
The second season of a professional