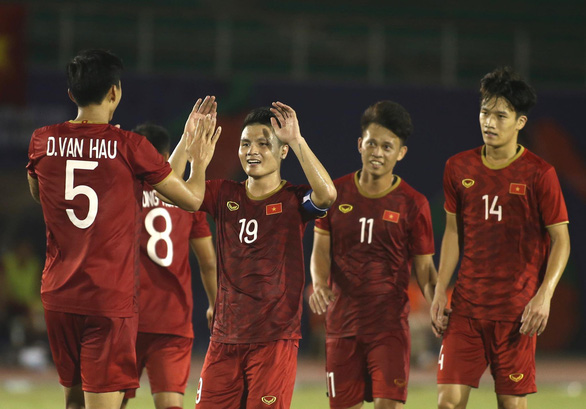 The Asian qualifiers for the FIFA World Cup Qatar 2022 are in its second round, played by 40 teams drawn into eight groups of five to play home-and-away round-robin matches from September 5, 2019.

Vietnam are leading Group G with 11 points from five matches, followed by Malaysia on nine, Thailand on eight, the UAE — who are one game behind — on six points.

Indonesia are in the bottom of the group with zero points after five matches and stand no chance of advancing to the next qualifying round.

In March, FIFA and the AFC agreed to postpone the Asian World Cup qualifying matches in March and June due to the COVID-19 outbreak.

The Bangkok Post on Thursday reported that “the AFC drafted tentative revised schedules for the Asia/Oceania zone qualifying campaigns for Doha 2022.”

According to the Thailand-based English-language newspaper, their team’s three remaining Group G games will start again in October and November.

Likewise, The National, a private English-language daily newspaper published in the UAE, said that the country “will resume their 2022 World Cup qualification campaign later this year, with their remaining four Group G fixtures played across October and November.”

The UAE Football Association had confirmed the fixtures following a video meeting with the AFC on Wednesday, according to The National.

Particularly, the UAE Football Association’s general secretary Mohammed Hazzam Al Dhaheri said the qualifiers would now be played on October 8 and 13, and November 12 and 17 against Malaysia, Indonesia, Thailand, and Vietnam, respectively, the newspaper reported.

The decision was taken following consultation with FIFA.

The AFC on Friday night made an official announcement regarding the issue on its website.

The Asian football governing body confirmed that in consultation with FIFA, the remaining matches of Round 2 in the FIFA World Cup Qatar 2022 will take place in October and November.

As such, Vietnam will play Malaysia on October 13 and already-eliminated Indonesia on November 12.

The AFC also said that it will continue to monitor the situation closely to ensure the safety and wellbeing of all teams, officials, fans and stakeholders as well as government travel and medical restrictions and will notify all parties should there be a need to reassess the match schedules due to the ever-evolving impact of the COVID-19 pandemic.

Administrator - 18 March, 2020
0
NDO – The traditional Ponagar Temple Festival of Cham ethnic people will take place at the Ponagar Temple Relic Site in the coastal province of Khanh Hoa from May 5 to 8.

Administrator - 18 March, 2020
0
Po Nagar Cham temple complex was built between 8th and 11th centuries by the Cham people who once ruled the central plain of Vietnam. The Cham people, who were Hindu in origin, had their own Sanskrit-based script. They are renowned for their skills in sculpture and architecture and left behind a legacy of artifacts and temple settlements not only in Vietnam, but also Cambodia and Thailand.

Administrator - 18 March, 2020
0
NDO - Vietnam’s Department of Overseas Workers signed a memorandum of cooperation (MOC) with the All Japan Ryokan Hotel Association on October 4 to promote the acceptance of skilled Vietnamese workers to work in Japan’s accommodation industry.

Administrator - 14 April, 2020
0
With chess tournaments being canceled due to the Covid-19 outbreak, Vietnamese players are forced to play in online events with little prize money.

Vietnam among national football squads that surprised the world

Administrator - 18 March, 2020
0
FIFA has listed the Vietnamese men’s football team as one of 12 national teams that surprised the world this year with their historic achievements.