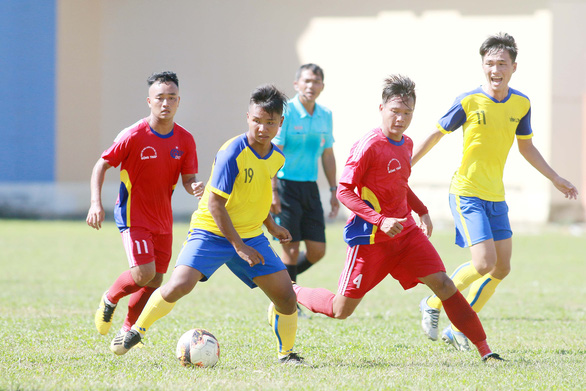 The punished footballers include Huynh Van Tien, 21, who is banned from participating in football activities worldwide from May 11, 2020 until the end of May 11, 2025.

Tien was found to have initiated the betting, which was committed during the Dong Thap youth team’s match against their rivals from neighboring Vinh Long Province on June 19, 2019 in the Group C qualification for the national U-21 tournament.

He also enticed eight others out of 11 first-team players and two reserve-team ones to join him in betting VND150 million (US$6,448) that the game would end with two goals or less.

Tien was previously slapped with a VND5 million ($215) fine and a five-year ban from football activities managed by the Vietnam Football Federation (VFF).

Among them, Minh and Trong were members of the national U19 football team that qualified for the AFC (Asian Football Confederation) U19 Championship last year.

Previously, the ten were also fined VND2.5 million ($107) each and slapped with a six-month ban from activities hosted by the VFF.

“FIFA’s decision is to expand the scope of discipline to the world after the VFF’s discipline department only banned those players to compete in tournaments organized by the VFF,” said VFF general secretary Le Hoai Anh.

FIFA is the highest international governing body of association football.