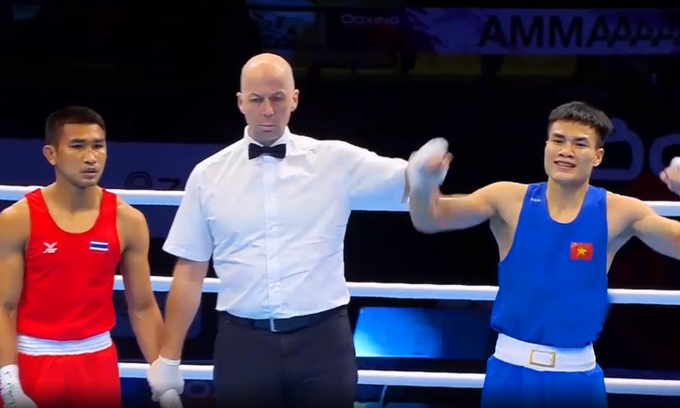 Vietnam’s Nguyen Van Duong has won a bronze medal in the Olympic boxing qualifiers in Jordan.

After winning a berth to the 2020 Tokyo Olympics on Monday, becoming the first Vietnamese featherweight boxer ever to qualify for the Olympics, Duong lost in the semifinals on points on Wednesday to Jordan’s Mohammad Alwadi.

In the light heavyweight category, Nguyen Manh Cuong lost in a box-off against India’s Sachin Kumar and has failed to qualify.

Two men and women boxers each represented Vietnam in the qualifiers but only Duong managed to go through.

In all, more than 200 boxers from 34 countries competed for 63 Olympic slots in various weight categories. The event ends on Thursday.

Administrator - 18 March, 2020 0
Vietnam will face Cambodia in the second semifinal of the men’s football tournament of the 2019 SEA Games at the Rizal Memorial Stadium in Manila, Philippines today.