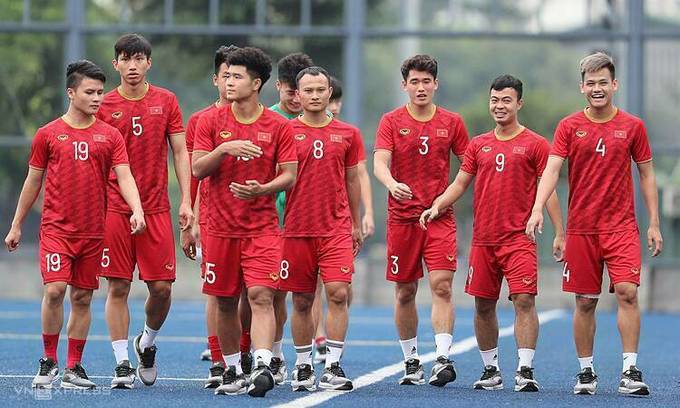 The U22 team of Vietnam that won SEA Games 30. Photo by VnExpress/Lam Thoa.

Coach Park Hang-seo has called up 28 players including some new faces for next year’s SEA Games to be hosted by Vietnam.

The Vietnam Football Federation (VFF) announced the list on Monday, and the team will gather on Wednesday.

Notably, there are no players from V. League champions Hanoi FC since the capital-based club are facing an injury crisis and asked to retain their rising young players like Bui Hoang Viet Anh and Le Xuan Tu until the V. League 1 ends.

Some other clubs too do not want to release their players amid the intense V. League 1 schedule.

Among the familiar faces is Tran Bao Toan, who was selected by Park for the final squad list of the U23 team in the AFC U23 Championship earlier this year, where Vietnam was eliminated from the group stage.

The team will have a short training camp from July 1 to 3 for Park to evaluate their form.

Administrator - 17 January, 2021 0
The Hanoitimes - With an important role in the national revolutionary movements in the wartime, Hanoi has many historical relics, including many houses attached with the glorious historical events of the country.

Administrator - 30 March, 2020 0
The Ironman 70.3 triathlon is the latest sporting event in Vietnam to be delayed because of the Covid-19 pandemic.

Vietnam’s Than Quang Ninh FC beat up Cambodian hosts at 2020...

Administrator - 1 April, 2020 0
Vietnam’s Than Quang Ninh FC have climbed to the second place in Group G at the 2020 AFC Cup after routing Cambodia’s Svay Rieng on Wednesday.