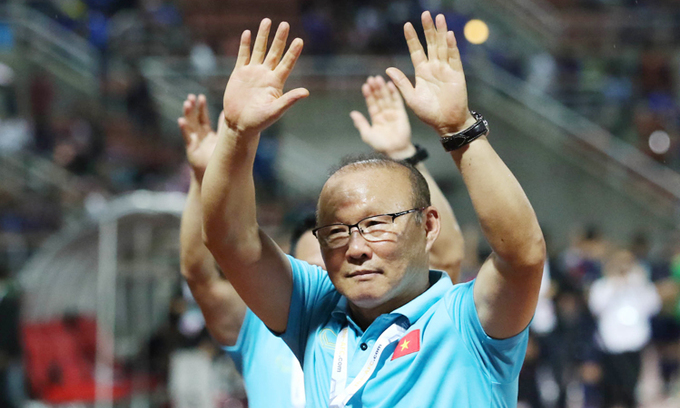 According to the Buzzmetric website, Hai was the most influential footballer on social networks in Vietnam in January. The 23-year-old midfielder came in at fourth place with 29,430 points on the social media index, followed by coach Park Hang-seo at fifth (28,516) and Phuong at seventh (19,228).

Buzzmetrics compiled the data based on coverage, interaction, events and other factors.

Quang Hai is a crucial player for both the national team and Hanoi FC, while Cong Phuong is finding his form at HCMC FC, scoring in two consecutive games of the AFC Cup. Phuong’s return to Vietnam after an unsuccessful spell in Belgium has attracted a lot of attention from the media and fans.

Coach Park Hang-seo is preparing the national team for an important World Cup qualification game against Malaysia on March 31.

Administrator - 16 June, 2020 0
Ha Tinh Stadium in the eponymous central province has been fined for letting too many fans in during a V. League match on Friday.

Administrator - 28 September, 2020 0
The ASEAN Football Federation (AFF) has announced that the biennial 2020 AFF Cup will be played from April 11 to May 8 next year.