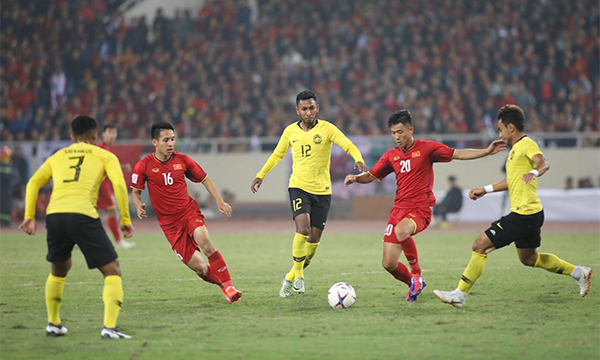 The ASEAN Football Federation has decided to postpone this year’s AFF Cup to April next year as Covid-19 risks remain high.

“For the AFF, the health and safety of the players, coaches, partners, fans, and the public are of the highest priority, and the decision to postpone the tournament to 2021 will safeguard the well-being of everyone involved in the 2020 AFF Suzuki Cup,” the federation said in an official announcement.

The decision was made by the committee following an online meeting with member associations on Friday.

AFF president Major General Khiev Sameth said: “As you are aware, this pandemic continues to pose enormous health, societal and economic challenges to us all. AFF’s top priority continues to be the health and safety of our football family and mitigating the impact of this pandemic.

“With the risk of the spread of COVID-19 remaining high, the AFF finds itself in a situation where we cannot proceed safely with the 2020 AFF Cup.”

At an earlier meeting on Monday the postponement was brought up, but the heavy international schedule next year meant a number of issues needed to be sorted out first.

Tran Quoc Tuan, vice president of the Vietnam Football Federation (VFF) who represented Vietnam at the meeting, said: “The AFF Cup is an important football event, attracting attention from a large number of fans in Southeast Asian countries. Therefore, their responsibility is guaranteeing the success of the tournament in every aspect as well as helping the fans enjoy the games.”

The tournament was scheduled to be played between November 23 and December 31 on a home-and-away basis.

Vietnam are the defending champions, having won the title in 2018 by beating Malaysia in the finals.

In the next edition, each team can select up to 70 players in their preliminary squad and 30 in the final list. They can register 23 players per game instead of the previous 20.

The VFF now has to adjust the training schedule of the national team, with Vietnam free to fully focus on the last three games of World Cup 2022 second qualification round in October and November.

They will play Malaysia, Indonesia and the UAE in group G, which they now lead with 11 points from five games.

All football tournaments in Vietnam have been postponed after local Covid-19 spread resurfaced last week.

Administrator - 18 March, 2020
0
Vietnam will face Cambodia in the second semifinal of the men’s football tournament of the 2019 SEA Games at the Rizal Memorial Stadium in Manila, Philippines today.

Vietnam unable to arrange friendlies ahead of major football tournaments

Administrator - 26 May, 2020
0
Vietnam, who have two major tournaments this year, badly need to play some friendlies, but cannot find opponents amid the Covid-19 pandemic.