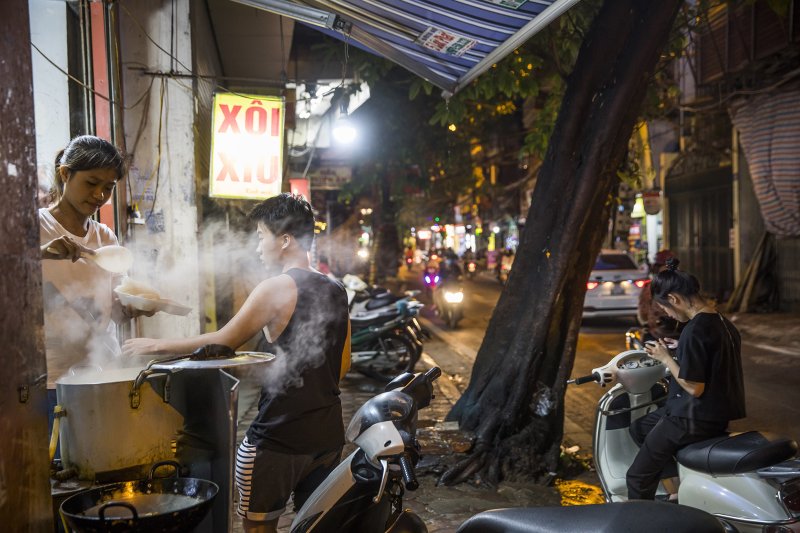 The charming capital of Vietnam ranked first among the ‘100 the world’s greatest places 2021’ chosen by Time- the news magazine and news website based in New York City.

“Vietnam’s 1,000-year-old capital is embracing changes while maintaining a strong sense of identity,” the newspaper wrote.

Pronounced the capital of Vietnam in 1010, Hanoi is one of the most ancient cities in Asia, offering great examples of both contemporary and classical architecture right in the city center.

The city is famous for its vivid yellow colonial villas and an enchanting busy life in the Old Quarter Area. Lakes, parks, green boulevards, and more than 600 temples and pagodas also add to the appeal of Hanoi, according to TIME.

The iconic Hoan Kiem Lake is a beautiful enchanting body of water right in the heart of the capital. Next to the lake is the Old Quarter Area – a highlight for most visitors to Hanoi. As soon as Vietnam’s capital was moved to Hanoi more than 1,000 years ago, the Old Quarter became a commercial area with various trade streets. It then became the city’s center in the 15th century.

Nowadays, it is a popular gathering and entertainment spot for local people and expats. Life seems to have its own pace at the area that the Old Quarter is always in hustle and bustle, from dusk to dawn.

Right behind sparking hotels, shops, restaurants, however, lies a series of gloomy, tiny houses down dim laneways, tens of thousands of people live and earn their living on the pavements from generation to generation.

The interweaving between the modern and the ancient, the vibrant commercial activities, and the idyllic life of the urban people have contributed to the uniqueness of Hanoi – a beauty that cannot be found anywhere else in the world.

According to Duncan Forgan from TIME, Hanoi’s incredible street-food culture is another source of fierce civic pride.

“Lovers of pho, the city’s signature dish, were gratified when Pho Gia Truyen – one of Hanoi’s most legendary vendors – was recognized in Asia’s 50 Best Restaurants “Essence of Asia” list in 2020, a collection of storied venues that represent the spirit of gastronomy in the region,” he stated.

It is a matter of fact that Hanoi is a renowned destination for the typical cuisine of Vietnam. Various delicious dishes for people to enjoy can be found in this city, from mouthwatering street food to upscaled specialties served at fine-dining restaurants or even French-style dinners prepared by Michelin-star chefs.

“Even with a short amount of time, you can still feel the tranquility of the city while sipping a cup of coffee,” William E. Huge, an Australian expat shared with The Hanoi Times. Wandering around shooting artistic photos on elegant streets and having some beers and a light snack in the Old Quarter is Noland’s habit at the weekend before Covid-19. The man has stable work in Hanoi and wishes to spend the rest of his life here.

Traveling to Hanoi to experience a fascinating history, funky traditional entertainments and up-to-date recreational activities may be the first thing people should do when the nation ‘kick-offs’ the ‘new normal’ stage after the pandemic.

Other cities on the list of ‘World’s Greatest Places 2021’ by TIME are Cannes- France, Desaru Coast- Malaysia, Costa Rica, KwaZulu- South Africa, among others.

To compile this list, TIME solicited nominations of places- including countries, regions, cities and towns- from its international network of correspondents and contributors, with an eye toward those offering new and exciting experiences, according to the newspaper.

“And while it may not be possible to safely visit each place just yet, they’re all well worth reading (and dreaming) about until it’s time, once again, to explore,” TIME stated.