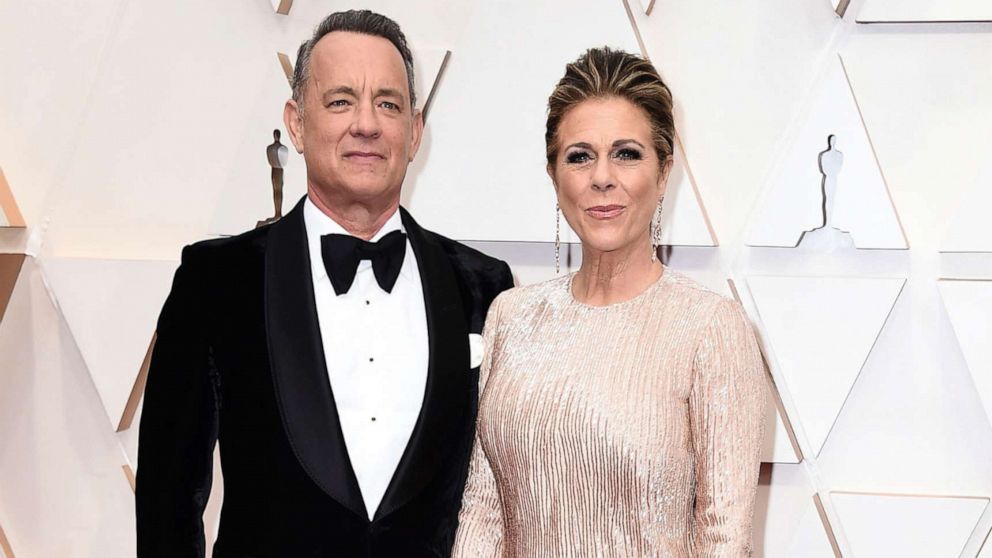 Hollywood star tweeted that he and his partner Rita Wilson were diagnosed after showing symptoms. The Asia Insiders citing a report from Telegraph.

Related: Trump suspends travel from 26 European countries to US

The Oscar-winning actor, 63, has been in Australia filming an upcoming Elvis Presley biopic and said he started experiencing symptoms of the virus.

Hanks said he felt like he had a cold, while Wilson, also 63, suffered from chills.

They have both tested positive for coronavirus, Hanks said on Instagram.

In a statement, he added: “Well, now. What to do next? The Medical Officials have protocols that must be followed. We Hanks’ will be tested, observed, and isolated for as long as public health and safety requires. Not much more to it than a one-day-at-a-time approach, no?

“We’ll keep the world posted and updated. Take care of yourselves!”

Hanks, a two-time Oscar winner and star of films including Forrest Gump, Saving Private Ryan and The Post, is the highest profile Hollywood figure to be diagnosed with the Covid-19 virus, which is sweeping the world.

Moments before Hanks posted to Instagram, Donald Trump addressed the US and announced a host of new measures, notably suspending all travel from Europe, excluding the UK, for 30 days starting from Friday.

The entertainment industry is also reeling from the outbreak and a host of major events have been cancelled.

Hoi An has been named among the Top 10 best cities to visit in...

Administrator - 24 October, 2020 0
Hoi An in the central Vietnamese province of Quang Nam has been named among the Top 10 best cities to visit in Asia this year, as announced by travel website Pretty Wild World.

Administrator - 24 October, 2020 0
Vietnam’s level of influence in the Asia-Pacific region has moved up a notch in an annual power ranking, its reputation strengthened by the competent handling of the coronavirus pandemic.

IRED launches “The Story of Civilization” book series in Vietnamese

Administrator - 24 October, 2020 0
HCMC - On October 22, the IRED Institute of Education launched the “The Story of Civilization” book series by Will Durant and Ariel Durant, one of the most popular and successful book series about history, in Vietnamese.

Administrator - 24 October, 2020 0
The Vietnam Football Federation (VFF) has changed its mind about sending its U22 team to the Toulon Tournament in December due to continuing Covid-19 concerns.

Administrator - 25 May, 2020 0
The Hanoitimes - Fireworks show on the Lunar New Year's Eve when the clock strikes 12 a.m. has become one of the most anticipated moment in Hanoi and many places in Vietnam.

Administrator - 9 June, 2020 0
The Hanoitimes - The Ministry of Public Security and relevant agencies are requested to control illegal actions at the bars and karaoke parlors.