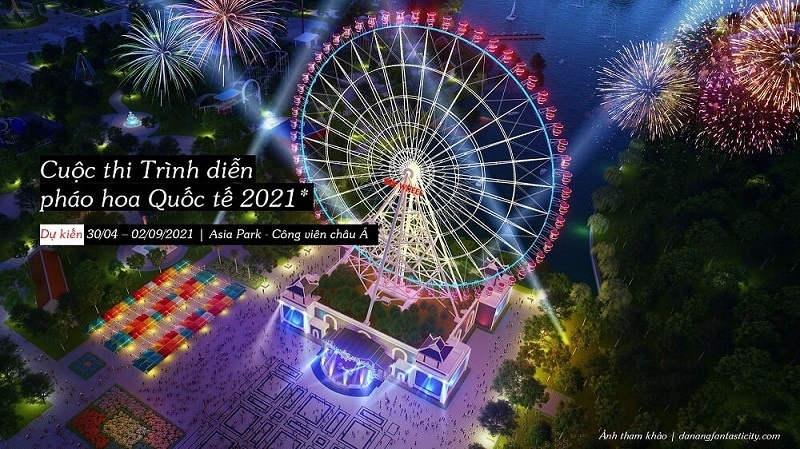 The Da Nang annual international fireworks festival, scheduled to take place in June and July, has been canceled due to the recent serious Covid-19 situation worldwide. The information was given by Le Trung Chinh, Chairman of the People’s Committee of Danang on April 26.

Danang will also canceled another firework display to celebrate the Reunification Day (April 30) and May Day.

According to Director of the Danang Department of Health to Ngo Thi Kim Yen, the city has not yet considered accepting foreign visitors with “vaccine passports” as the effectiveness of the Covid-19 vaccines has remained doubtful.

Danang has recieved about 85% of the country’s repatriation flights. Among people who are under the paid 14-day-quarantine at the hotels, newly-infected cases have been found, thus, the risk of infection within the city is a little bit high, according to Vien.

The International Fireworks Festival, held annually in Danang, is a special festival with the participation of many international competitors from other countries and the host – Danang city. Apart from the main activity of fireworks display, there are cultural, sports, travel activities held before, during and after the festival that draw the participation of large travelers every year.

Since 2008, Danang has already held ten international fireworks festivals that usually lasted from April to July. This is the second year in a row that Da Nang has called off this festival.

Earlier, the central coastal province of Nghe An also announced that it would suspend all activities with large gatherings during the April 30 and May 1 holidays in the area. It also called off a firework display that was scheduled to be organized for the opening ceremony of the Cua Lo Beach Festival.

Administrator - 13 November, 2020 0
The Hanoitimes - The program is part of the campaign to promote the largest sports event in Southeast Asia to be hosted by Vietnam in 2021.

Administrator - 25 May, 2020 0
The Hanoitimes - During the week-long event, there are also other programs to celebrate the traditional Tet holiday will take place.