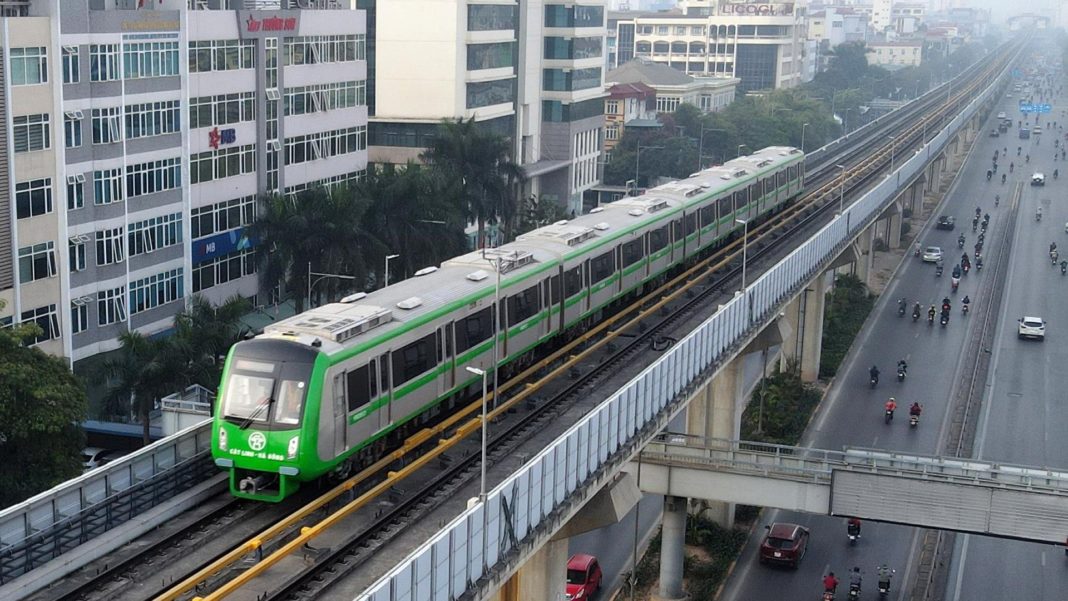 At 5am on December 12, a train left from Cat Linh Station at one end of the line and another left Yen Nghia Station at the other end.

Over the next 20 days, the trains will be operated according to a standard schedule for independent consultants to evaluate its safety.

Trains will run from 5am to 11pm on the 13-kilometre line of elevated tracks. At each station, the train will stop for 30 seconds for passengers to get on and get off as it would in actual commercial service.

The intervals between trains will be 6-7 minutes, and can be shortened to 2-3 minutes during rush hours.

The operation centre of Line 2A is located at the Ha Dong Depot.

During the test-run period, staff of Hanoi Metro, which is responsible for operating the line, will be present at the control room, ticket booths and on the platforms. Electronic signboards and speakers will also be operated as guidance for passengers.

According to Hanoi Metro General Director Vu Hong Truong, all the Vietnamese workers of the line have taken part in various drills since November 4 under the supervision of Chinese experts. Train drivers are now able to control the trains independently without the company of experts.

Each train is comprised of four cars, with a total capacity of more than 900 people. The average speed during commercial service is 35 kilometres per hour.

The full-scale test run is a significant milestone for the project, whose completion has been delayed for years.

Administrator - 6 March, 2021 0
Hanoi is home to many famous specialities but few are as mouthwatering as thịt quay đòn (roast port belly) in the ancient village of Duong Lam, about 44km from the city centre.

Administrator - 6 March, 2021 0
The downtown office will still play a critical role in future corporate real estate strategy. And social interaction drives productivity in specific areas of business and is central to corporate culture.

Administrator - 7 April, 2020 0
NDO – With their skilled an d talented hands, artists have created art works from recycled materials, turning the road along the Red River in Hoan Kiem District’s Phuc Tan Ward in Hanoi, where a lot of trashes had been gathered, into an eye-catching and interesting contemporary art space.