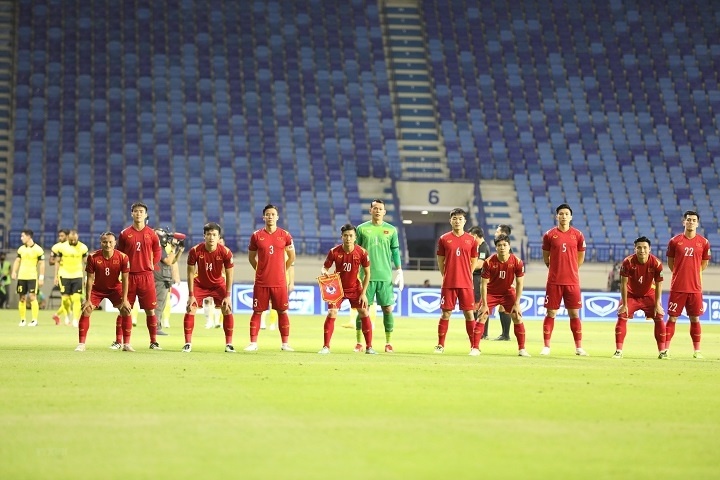 The victory has left Park Hang-seo’s side two points clear at the summit, meaning they will just need a draw against the United Arab Emirates this June 15 to advance as group winners.

The following are some of the best pictures of the Golden Star Warriors as they battled to victory over the Malayan Tigers at Dubai’s Al-Maktoum Stadium (UAE).

The Vietnamese players show their determination ahead of the clash.

The two teams’ players battle for the ball.

Malaysia manage to level the game in the 72nd minute.

Captain Que Ngoc Hai scores the winner from the penalty spot to seal a 2-1 win for Vietnam.

With the victory, the Golden Star Warriors have safeguarded their two-point lead at the top of Group G and have one hand on a historic ticket to the last round of the World Cup qualifying campaign.

Administrator - 22 September, 2021 0
On September 21, in the framework of his on-going working trip to the US, President Nguyen Xuan Phuc witnessed the signing of an agreement worth nearly 2 billion USD between Vietnam’s Bamboo Airways and General Electric’s GE Aviation in New York.

Administrator - 18 March, 2020 0
NDO – An exhibition themed ‘I Love My Fatherland’ was held in Hanoi on December 10, on the eve of the Vietnam Youth Federation’s eighth National Congress.

Administrator - 5 October, 2020 0
The 13th session of the 12th Party Central Committee opened in Hanoi on October 5 under the chair of Party General Secretary and President Nguyen Phu Trong.