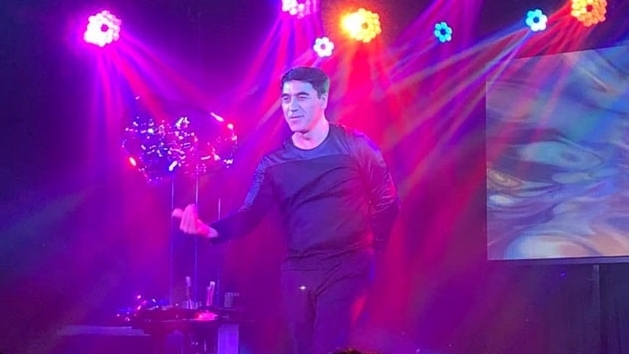 The Vietnamese-Canadian bubble maker has performed in Vietnam 19 times, delighting Vietnamese audiences with his colourful and entertaining shows.

This year, he will give performances at a large-scale entertainment centre for children named ‘Bubble World’ that was built by himself and Dong Do Show Company at Times City Trade Centre in Hanoi.

The shows will be held at 10am, 3pm and 7:30pm every Friday, Sunday and Saturday, starting from August 23.

The programme will be divided into two parts: the lively scenes for children and Fan Yang’s bubble world.

Artist Fan Yang is living in Canada with his family. He owns two stages in New York, the US, and has also made tours around the world.

The Bubble World entertainment centre was constructed at a total cost of US$3 million and covers an area of 2,500 square metres. It consists of various areas, including Bubble World theatre, VR-AR game experience zone and classes for bubble arts. In addition to bubble shows, numerous performances for children with famous Vietnamese artists are being held at the centre.

Administrator - 9 February, 2021 0
‘Thit kho tau’ (Caramelized pork and eggs) is a popular dish in the South of Vietnam. This special dish is usually made for the Tet Holiday (Lunar New Year) as a symbol of family affection. Vietnamese people have been always saying "Seeing Thịt kho tàu is seeing Tet".