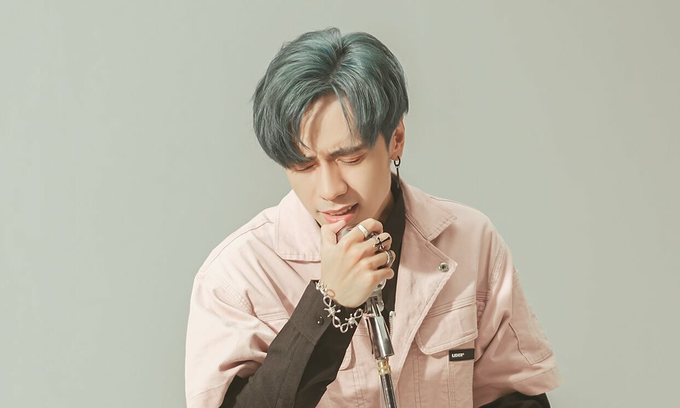 Le Quang Hung rehearses before a show. Photo courtesy of the artist.

Le Quang Hung’s ‘De Den De Di’ has become a huge hit in China and Thailand despite not earning much success in the singer’s native Vietnam.

According to Chinese media Sina, the song (rough translation, Easy Come Easy Go) enjoyed great popularity after millions users on social media platform Douyin used its melody in their videos. Some Chinese celebs like singer Ju Jingyi and actor Neo Hou performed the song in Chinese at an event.

The Thai cover of the original song sung by the 24-year-old artist entered “most popular right now” video playlist of YouTube in Thailand within 18 hours of premiering in mid-February.

This version has over 16.5 million views and more than 23,000 comments from international viewers.

Fans from China and Thailand have also given kudos to the Vietnamese version on YouTube, which has racked up over 44.2 million views in six months.

Hung’s songs are mostly ballads with melodies that are easy to listen to and memorize. His music is not considered groundbreaking, and he has not had any mega hits, and in the event he is not too well known among local audiences.

Administrator - 24 July, 2021 0
Located in Hanoi’s outlying district of Thanh Oai, Cu Da village was founded four centuries ago. Through many changes over time, the village still retains its original features.

Ho Chi Minh City—a city of too many tales

Administrator - 21 March, 2020 0
Over the course of the weekend, I dropped in Ho Chi Minh City in southern Vietnam. According to the local people, the city was best known in its original name, Saigon.