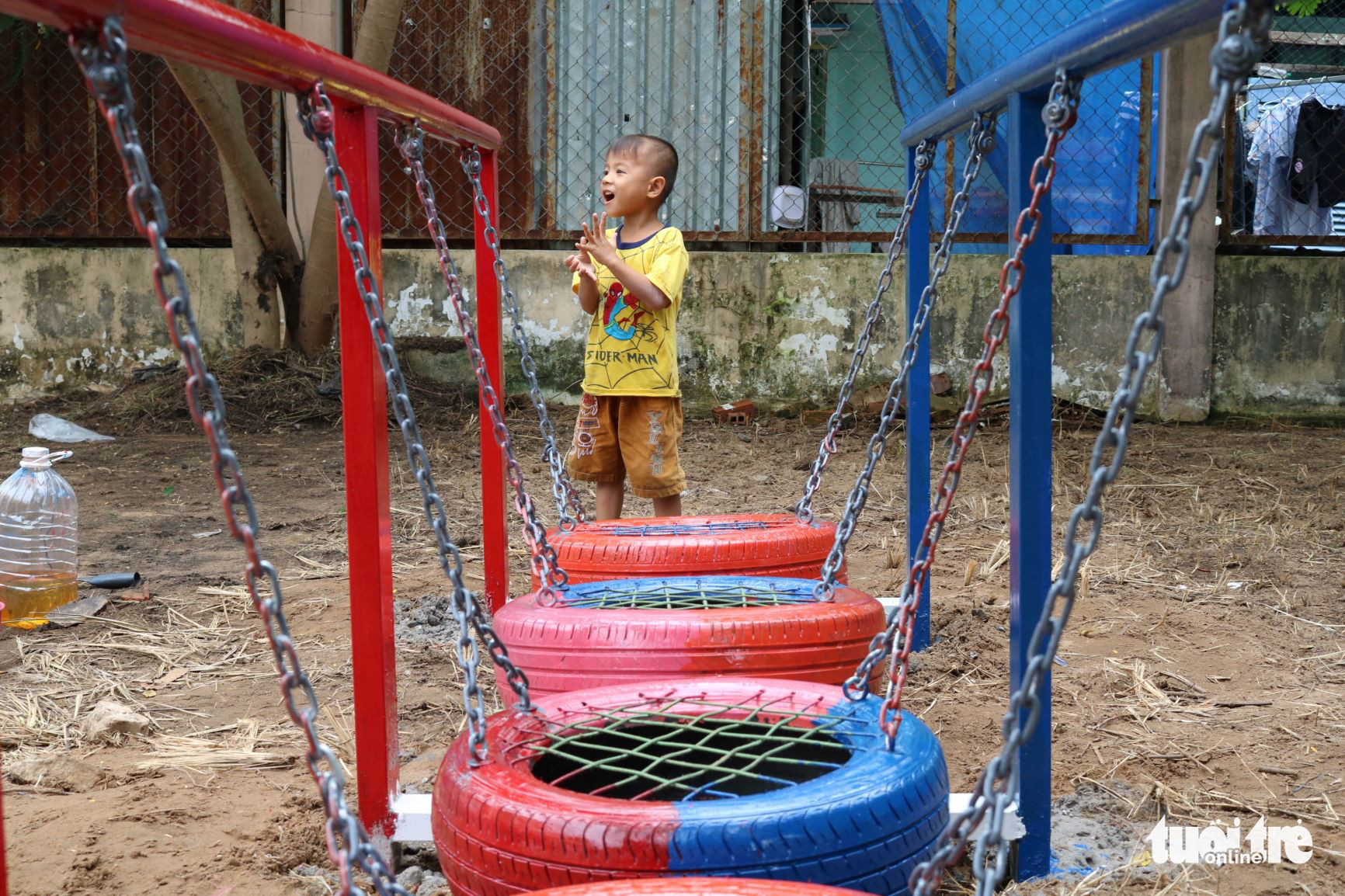 It typically takes the team around three to four days to assemble a playground consisting of various toys like swings, see-saws, tire bridges, and seats.

The volunteers are in charge of everything from designing, measuring, cleaning the outdoor spaces to making the decorations by themselves.

“We understand that there are many remote localities that can hardly afford to have a playground for the children, so we contacted the local authorities to offer to create one for them for free,” said Vo Quoc Binh, the head of the team of social workers from Ho Chi Minh City.

“We only want to help these children have an equal opportunity to play as other city kids,” Binh added.

Binh’s team is now in collaboration with the 2016 class of social work from the University of Labor and Social Affairs to make a playground in the suburban district of Nha Be in Ho Chi Minh City.

Thanks to the volunteers’ devotion, the swathes of abandoned weedy land have been transformed into small parks for the local children.

Due to their initiatives, the used tires were given a new lease on life with a chance to bring a smile to the kids.

“Despite many jobs having to be done in a short time, I feel really happy looking at the fruit borne from such efforts, especially seeing the children’s craving for the playground each day,” Tuyet Thanh, a 23-year-old volunteer, told the Tuoi Tre (Youth) newspaper.

The team has finished 16 playgrounds with recycled materials in Ho Chi Minh City and other provinces, including Ben Tre, Binh Phuoc, and Long An.

They plan to survey other provinces’ remote locales in the near future, such as in the Central Highland provinces of Lam Dong and Dak Nong.

All of their projects have been funded by private donations.

Two men infected with Covid-19 in Da Nang have remained in...

Administrator - 29 July, 2020
0
Two men infected with Covid-19 virus in the central city of Danang have remained in severe condition and one of them is undergoing the extracorporeal membrane oxygenation (ECMO).

Administrator - 18 March, 2020
0
The ‘Cap Sac’ ritual is an indispensable proceeding in the life of every Dao male as it helps him earn the recognition of being mature enough to join in the community’s major activities.