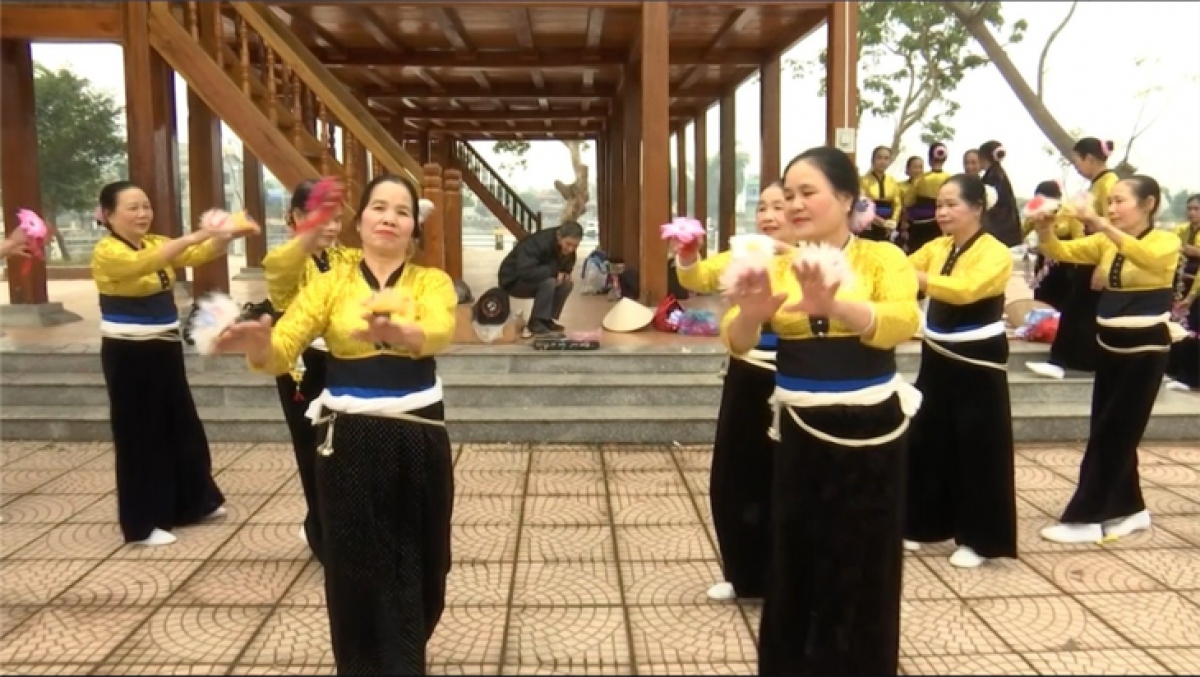 Muong Tac culture is a mixture of Thai and Muong ethnic minority cultures. The most prominent cultural features are the folk songs and dances of the Thai, the original inhabitants of the region.

Amid rapid economic and social development, the Thai people of Muong Tac are working hard to preserve and promote their culture.

In Muong Tac valley Thai people gather every night to sing and dance. Some are members of the Art Club of the Elderly, who share an ardent love and enthusiasm for their traditional arts.

Bac Cam Ton, head of Quang Huy commune’s Art Club of the Elderly, shared, “The Club was established in 2014 with 60 members. Many other communes have come here to study our model. Our purpose is to live happily, healthily, and usefully and transfer traditions to our children.”

Grandfathers and granmothers teach the young people folk songs and folk dances as well as morality and dedication to building a happy and prosperous life.

Hoang Xuan Hoa, chairman of the Elderly Association of Quang Huy Commune, noted, “The senior villagers are very happy to participate in art programs. Most of them can perform their traditional dances and sing in their original Thai languge. The Thai Art Club is a place where old people can disucss and preserve Thai cultural traditions and pass them on to the children.”

The activities of the Elderly Club have motivated younger villagers to participate in community movements to promote traditional culture.

Nguyen Linh Hoang, secretary of the Youth Union of Quang Huy commune, said, “When the grandparents perform, I often join them in dancing, singing, and playing folk games. It’s a lot of fun. We learn a lot about our group’s traditions. In addition to organizing culture and art activities, the grandparents have a moral influence on the Youth Union. They are respected people who communicate the Party’s policies and the State’s laws and educate children about cultural traditions and morality.”

“We help the seniors preserve and promote their culture. They live healthily and happily and connect the past with the present. Local authorities do everthing they can to support the Club,” said the leader of Quang Huy commune.