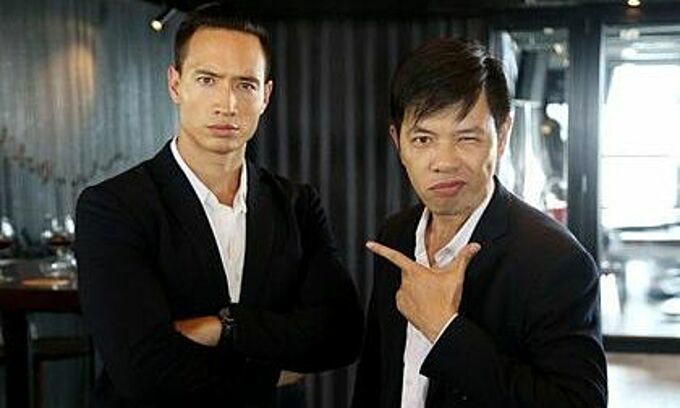 A still from the film “Saigon Bodyguards”.

Acclaimed neither by Vietnamese critics nor by local moviegoers, the choice of “Saigon Bodyguards” for a Hollywood remake has surprised many.

Producer Charlie Nguyen praised “Ve Si Sai Gon” (Saigon Bodyguards) for being fast-paced, straight to the point, highly entertaining and something everyone, even those from different background, can relate to. “Hollywood noticing this one is self-explanatory for its potential. They got inspired by the original script and might continue to get creative from their professional perspectives,” he told local media.

Universal Pictures plans to do an English-language remake of the Vietnamese action comedy, starring Chris Pratt and Wu Jing. The screenplay will be rewritten by Alex Gregory and Peter Huyck, who have worked on the hit comedy “What Men Want” and American political satire television series “Veep”.

However, this unimpressive achievement will now play second fiddle the movie making history for being chosen by a team comprising major Hollywood names.

Nguyen said another possible factor for this remake to achieve success more easily is that it was not positively welcomed in Vietnam because of “the lack of a specific cultural adaptation.”

Released in 2016, “Saigon Bodyguards” features two professional bodyguards and long-standing friends, one straightforward and the other a doof, going on a rescue mission to save a rich corporate heir who gets kidnapped right under their noses.

Before this, in 2018, the script for “Co Hau Gai” (The Housemaid) released in 2016, directed by Derek Nguyen, was also bought and rewritten by the American Oscar winning screenwriter, Geoffrey Fletcher. His networking and cooperation with the circle of international producers helped Derek Nguyen and producer Timothy Bui reach out to Fletcher.

Likewise, “Saigon Bodyguards” managed to close this deal thanks to the channel that presented it in the U.S and took it to the Russo Brothers. By actively seeking to expand the level of international exposure for local movies, Vietnamese films can have change like this Saigon Bodyguards business, said industry insiders.

Administrator - 26 November, 2020 0
A very mysterious beauty with peaceful scenery and clouds have coated Da Lat in the first days of winter.

Administrator - 26 November, 2020 0
The 11th lunar month is when the Ha Nhi ethnics celebrate their new year, known as Khù Sự Chà. It is a time for relaxation, entertainment, reunions, and passing on best wishes. The holiday lasts for five days after harvest.

Administrator - 26 November, 2020 0
The 38th Conference of the ASEAN Federation of Engineering Organisations (CAFEO 38) opened in Hanoi on November 25 under the theme: “Fostering Initiatives and Actions by AFEO to build a Sustainable and Prosperous ASEAN Community”.

Administrator - 26 November, 2020 0
If you're planning to admire buckwheat flowers, the following destinations are highly recommended.

Administrator - 26 November, 2020 0
A series of cultural activities entitled “Thang Long Memories” are being held at many locations in Hanoi's Old Quarter to celebrate the 1010 years of Thang Long – Hanoi and the 15th anniversary of Vietnam Cultural Heritage Day.