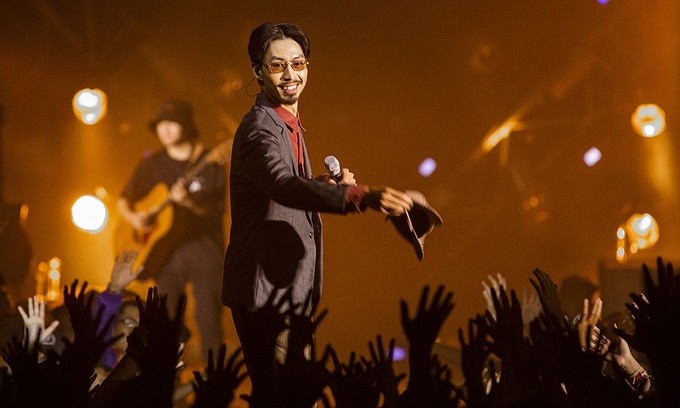 A performance by Den Vau in September 2019. Photo courtesy of the artist

Rapper Den Vau has said on his Facebook page that a documentary about his life, ‘Show Of Den’, will premiere on Netflix on October 1.

“When I decided to do this documentary, I realized that I’ve come a long way. I need to do something to show my respect and gratitude to fans.”

In a trailer he has posted on Facebook and YouTube, Den Vau gives a first look into the recording process and tells viewers how he felt when performing in front of 5,000 screaming fans in HCMC at his first live concert in September 2019.

Den Vau, 32, real name Nguyen Duc Cuong, has been making music for 10 years and first became famous through the underground and independent music scenes in HCMC.

With multi-million views for his hits, he has become very popular among Vietnamese rap music lovers in recent years.

According to streaming giant Spotify, he was the most streamed Vietnamese musician in 2019.

Top 5 PC games: the must-play titles you don’t want to...

Administrator - 13 November, 2020 0
The best PC games have become so immersive and so detailed that your loved ones may not see you for a week or three when you dive in, ready your rig for the best PC games 2020 has to offer.

Administrator - 16 July, 2020 0
NDO – The Vietnam Stage Artists Association (VSAA) will coordinate with other agencies and art troupes to hold various cultural and art activities around the country from now until the end of 2020.