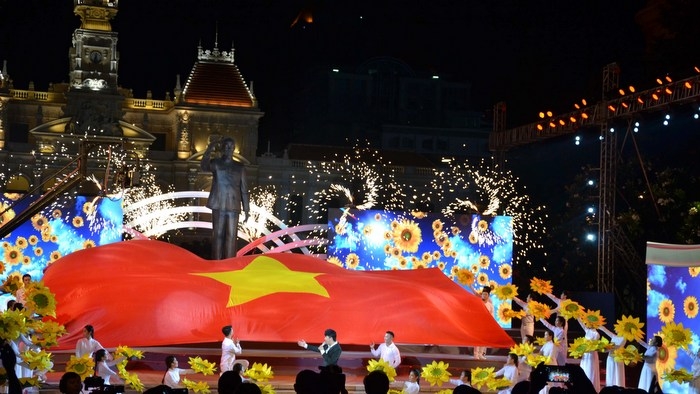 One of the major activities will be the festivities at the President Ho Chi Minh Monument Park and Nguyen Hue Street from April 27 to May 7, aiming to recall the national construction and defence as well as the city’s development.

In addition, the municipal leaders will pay respect to latepresidents Ho Chi Minh and Ton Duc Thang as well asrevolutionary contributors at the city’s cemetery on April 28.

Ten art shows, which will be held in Thu Duc City and many other districts on April 30 and May 1, are expected to bring joyto locals and visitors alike.

In particular, they city will set off fireworks at high-altitudefrom the head of the Saigon River tunnel in Thu Thiem Ward, Thu Duc City, and at low-altitude from Dam Sen Cultural Park.

A street art lighting show promises to be an attractive activity during the upcoming holiday.

Administrator - 13 February, 2021 0
The Hanoitimes - Tet provides an excellent opportunity for visitors to sample some of Vietnam’s more exotic culinary creations.

Administrator - 25 January, 2021 0
Over 100 maple trees surrounding the Korean Embassy in Hanoi are coloring the area with fierce red leaves. The new hue brings a new life to the capital's splendor as the Lunar year of 2020 is drawing to a close.