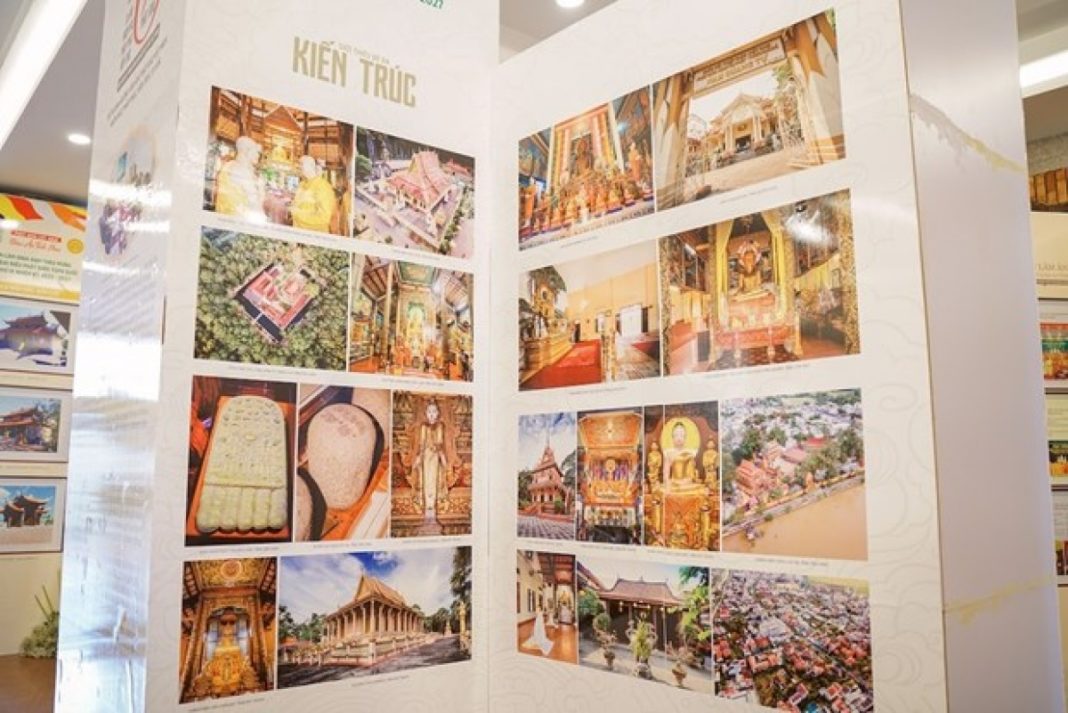 The objects and photos on display reflect Buddhist thought, philosophy and spirit, and honour individuals who have made outstanding contributions to the development of the Vietnam Buddhist Sangha (VBS) since its inception in November 1981.

Notably, they feature Buddhist popularisation in remote, border and island areas, including the nine islands in Truong Sa (Spartly), along with international cooperation in promoting Vietnam’s Buddhism to the world.

This is the first-ever exhibition that introduces all dignitaries of the Patronage Council, the Executive Council and other units of the VBS since the council was founded, as well as 13 departments and 63 provincial chapters of the council, according to Most Venerable Thich Tho Lac, head of the VBS’s cultural department.

Nearly 1,100 delegates from across the country will attend the ninth National Buddhist Congress, scheduled for November 28-29 in Hanoi.

During the congress, participants will review Buddhist activities over the past five years and sketch out tasks for the VBS in the next five years.

One of the important contents of the congress is adjusting the VBS Charter.

The congress will seek to enhance solidarity and develop the VBS in the international arena.

Over the past five years, despite many difficulties, especially those caused by the COVID-19 pandemic, the VBS has shown strong performance in completing its targets.

Notably, the Sangha successfully hosted the UN Vesak Day in 2019, which drew more than 5,000 delegates from 112 countries and territories. The ceremony commemorating the 40th founding anniversary of the VBS was held in 2021 online.

Earlier, provincial Buddhist congresses were held in all 63 localities nationwide.