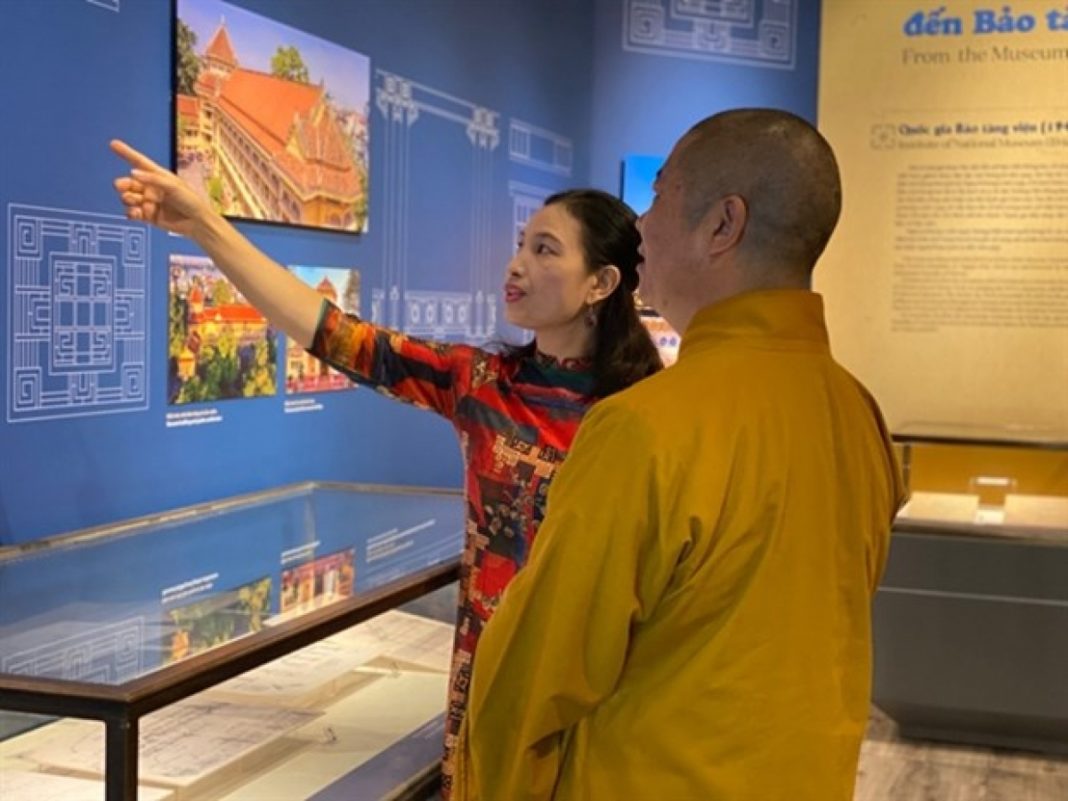 It features documents and images of a 90-year-old building which was the first Louis Finot Museum of the French School of Extreme Orient in 1932 and then used as a part of the Vietnam National Museum of History.

The event introduces the construction process of the building, its architecture, and its function at the beginning period under the French regime (1932-1957).

The building was built as an important museum in Indochina in the early 20th century. On January 20, 1900, the French School of Extreme Orient was established, which needed a museum to preserve and exhibit architectural objects.

In January 1926, construction began on a total area of 1,835sq.m in the same place as the French School’s office behind the Opera House.

The completed Louis Finot Museum has a great hall in an octagon shape, which was modelled on popular Eastern wooden architecture. Various decoration patterns outside the building were also taken from the Eastern architectural style.
The museum was transferred to the Vietnamese government in 1945 when it was used as the National Museum. In 1998, the museum was renovated when the outdoor garden was mobilised for exhibiting artefacts.

Throughout 90 years, the building has become a heritage site and has been used as the initial function.
The exhibition on the historical building will run till March 2023.