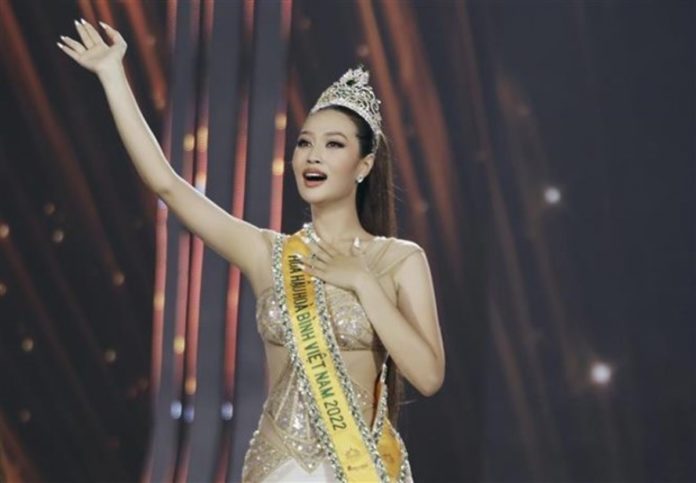 The contestants went through several rounds, including swimsuit, evening gown, traditional ao dai (long dress), presentation, and Q&A for the selection of the top 20, top 15, top 10, and top five.

On the occasion, the organising board announced over VND1.7 billion (US$73,000) in support of storm victims in the central provinces of Quang Nam, Quang Ngai and Nghe An.