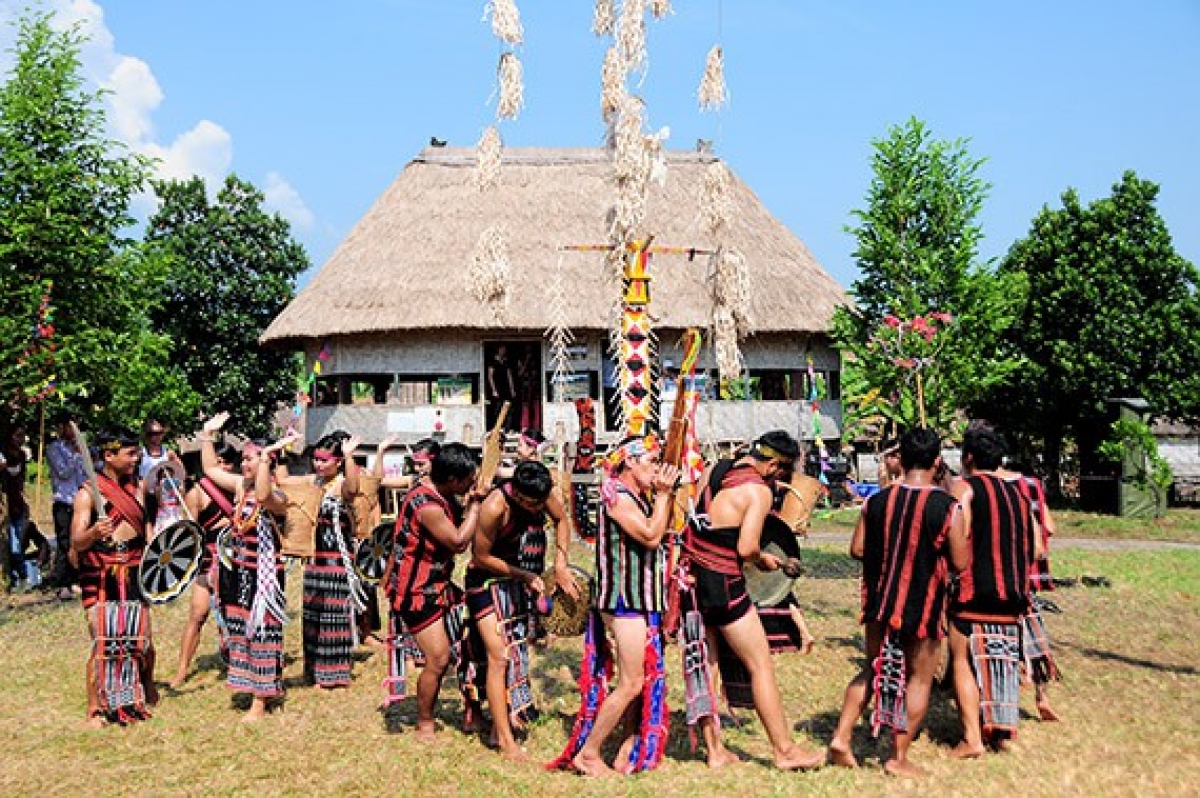 Co Tu people in the central province of Quang Nam believe that visiting other people shows how much they care.

They feel it is important to share everything with each other to build stronger relationships between paternal and maternal families.

Doctor Luu Hung, former Deputy Director of the Vietnam Museum of Ethnology, said, “For Co Tu people, a marriage is not only between two families but a relationship of extended clans. When people from two families get married, their families and clans become relatives.”

When a couple has their first child, the husband will organize a Thanksgiving for his in-laws.

“The husband offers a buffalo to his in-laws to thank them for giving birth to and raising his wife, who gave birth to his child. He also gives them wine, rice, and some gongs,” said Patriarch Bh’riu Po, chief of A Do hamlet.

The wife’s family also prepares gifts for the son-in-law including wine, birds, chicken, and ducks. The Thanksgiving ceremony of the two families is also a festival for the whole village. Their neighbors come to help them prepare the ceremony and share their happiness.

The Thanksgiving often lasts 2 to 3 days. On the first day, the husband’s delegation brings the offering to the wife’s family. They are warmly welcomed with a toast and singing session.

“The bridal family receives the groom’s delegation at the gate to show their esteem. Then they offer guests a sumptuous meal to make the groom’s family and friends happy and proud,” said Patriarch Bh’riu Po.

The second day is usually bustling with all the villagers joining a buffalo sacrifice ceremony. Young people dance the Tan “Tung Da” which means offering for the Heaven.

The Thanksgiving for in-laws of the Co Tu in Quang Nam is an age-old tradition, showing their deep commitment to family ties.