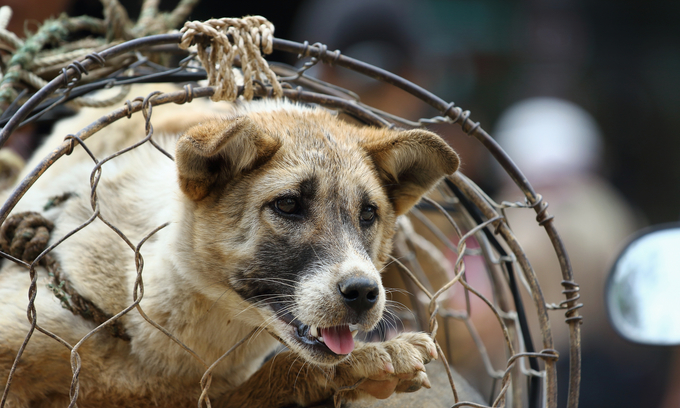 A dog transported in a cage in Vietnam. Photo by Shuttlestock/Kanjanee Chaisin.

Tuan, 52, had never thought a day would come when he would consider closing his dog meat restaurant in Long Bien district, Hanoi.

For the last several years, sales have dropped. From selling up to 20 dogs per day several years ago, Tuan only sells three. Most importantly, his children hate his job.

“My wife and I have run this for years, I don’t know why people are giving up dog meat now, we have been eating it for a long time,” Tuan said.

The restaurant has been running for more than 20 years and has been the family’s breadwinner. Tuan does not know what he would do if has to close it.

Sociologists and other experts say several factors have led to the drop in consumption of dog meat, for long a normal practice in the country.

One of them is an increase in pet ownership that has followed a rise in incomes and living standards. The increased affection for animals, dogs in particular has led to a reduction in people seeing canines as food.

Dog meat had been a favorite dish for To Quan, a Hanoian who always enjoyed a meal with it, particularly towards the end of each lunar month. Believing that eating dog meat helps ward off bad luck, he ate it with his wife every month. Sometimes, their kids joined in.

“It was delicious. I have to say that dog meat tastes excellent,” the 43-year-old man said.

Everything changed 2 years ago when his daughter brought home a puppy. They named it Su and avoided calling it a dog. Quan said Su had made him give up dog meat.

Seeing dogs as a part of the family and creating relationships with them has become a common thing these days. Not so long ago, it was a luxury to have a pet.

Modern works and urban lifestyles also have many people experience stress and loneliness. According to the General Statistics Office the percentage of single-person households in Vietnam increased from 6.2 percent in 2004 to 9.1 percent to 2014.

Other reports have noted that the country’s divorce rate has also skyrocketed over the past 10 years, especially in urban areas. These modern trends have made people seek greater companionship from pets in general and dogs in particular.

Unlike people in rural areas who typically raise dogs as home guards and are willing to slaughter them to make dog-meat dinners to invite guests, urbanites value the human-canine bonding greatly and would not dream of them as food.

According to the Vietnam Animal Health Department, as of this April, there were 5.4 million dogs are raised as pets in Vietnam, meaning that one in each 17 Vietnamese had one. Some citizens have no hesitation saying they get more emotional support from their dogs than other family members or friends.

Once dogs become an indispensable part of their owners’ lives, other services unthinkable just a decade or so ago spring up. Now there are hotels, playgrounds, and spas for dogs in major Vietnamese cities.

In the milieu of dogs gaining great acceptance as pets, seeing them transported for slaughter is difficult.

The astronomic rise in internet use over the last several decades has allowed Vietnamese citizens to access more knowledge and be more aware of food safety over the years.

According to the Vietnam Food Administration, Vietnamese consumers’ awareness of food safety had risen from 38.3 percent in 2006 to 83.8 percent in 2014. This number is expected to reach 90 percent in 2020.

Dog meat is currently not regulated by food authorities. In HCMC and Hanoi, there are numerous restaurants and markets selling it, but no slaughterhouses are registered to butcher dogs. This means that dog meat is not controlled in terms of safety or quality by local government.

Last month, the Food Safety Management Board of HCMC urged people to stop eating dog meat, citing that it could also contain parasites, especially eggs and larvae that do not develop into worms in the intestines but could penetrate the liver, lungs and other organs, and even the brain and eyes, a condition is known medically as visceral larva migrans, potentially dangerous to humans.

The internet has also contributed to the growing public outcry against dog stealing in recent years, with increasing awareness that dogs cooked in restaurants are stolen pets.

The Vietnamese market consumes roughly 5 million dogs per year, which is almost equal to the number of dogs living as pets in households nationwide.

Hanoi authorities have announced a plan to ban dog meat in 2021.

Amidst the thud of knives chopping meat on cutting boards, Tuan says: “From next month I will sell noodles instead of dog meat because my daughter has been complaining a lot since we adopted a mini Doberman last year.”

“But I don’t think eating dog meat is a sin just because dogs are pets. Pigs can also be pets, and we eat them every single day.” 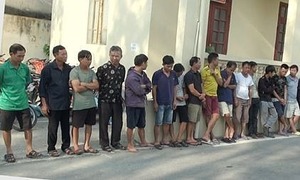 Seven in the dog box after canine theft 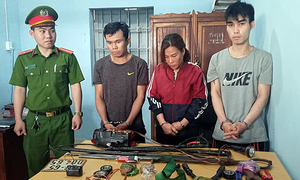 Gang arrested after stealing 14 tons of dogs for meat 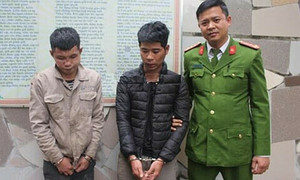 Dog thieves strike out at police in central Vietnam

Ethnic ritual reminds people to save water for agriculture

Administrator - 24 February, 2020
0
Tay people in Binh Lieu district, Quang Ninh province live a plentiful and culturally-rich life. One of the notable cultural rituals which the Tay people retain till today is a water fetching ceremony that reminds people to save water for agricultural activities.

Decadence, arrogance and loss of innocence in Serbian’s Vietnamese novel

Administrator - 22 February, 2020
0
"The Cathedral Street" by a Serbian author insightfully encapsulates the highs and lows in the life of a French expat in Hanoi.

Administrator - 22 February, 2020
0
NDO – Dong Van is the northernmost district of Ha Giang province and located in the most unique karst plateau geopark in Vietnam. Arriving in Dong Van, tourists will have the chance to admire the majestic beauty of rolling mountains and forests as well as to learn more about the daily life of Dong Van residents. The Dong Van market is one of the most popular visiting sites for tourists.