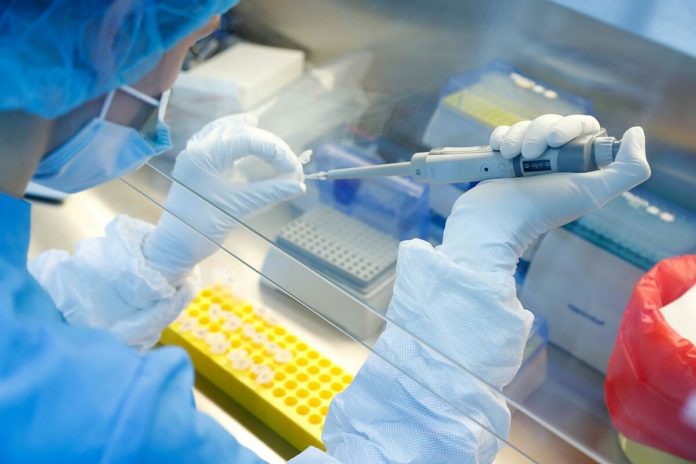 The firm’s chairman, Do Tuan Dat, said that there are no places that can provide proper assessments on Covid-19 testing on animals in Vietnam now.

“However, there is a shortage of monkeys for the testing in the US so maybe we have to use hamsters instead,” Dat revealed.

Vabiotech started carrying out trial testing on a group of monkeys at a farm in the northern province of Quang Ninh in late October.

12 monkeys which are aged between 3-5 years old and weigh around 3 kilos each, were divided into two groups, including those that are given injections and those not vaccinated.

The monkeys are set to receive two shots of vaccines during a 21-28 day period. After being vaccinated, the monkeys will be raised on a separate island and monitored every day.

Dat said that it would take four months to compile the test results.

He also noted that after completing the testing on animals, they will prepare for the first trials on humans of the 18-59 age group.

Besides Vabiotech, four other companies in Vietnam are also researching Covid-19 vaccines.

Among those, one researched by the Institute of Vaccines and Medical Biologicals (IVAC) and the other by Nanogen Pharmaceutical Biotechnology Ltd. Co. have shown the most positive initial results.

IVAC’s vaccine has been sent to a lab in the US for testing while the vaccine by Nanogen Pharmaceutical Biotechnology Ltd. Co.’s is expected to be licensed for human trials in December.

According to the Ministry of Health, Vietnam would finish the three steps of human Covid-19 vaccine trials next year.

This article was originally published on Dtinews

Why Hanoi is trying to ban people from shopping without face...

Administrator - 17 November, 2020 0
People without face masks will not be allowed to enter supermarkets and shopping centres in Hanoi.

Administrator - 9 September, 2020 0
HCMC – To tide poor students over during the Covid-19 pandemic and help them pursue their schooling, the Saigon Times Foundation (STF) under the Saigon Times Group has collaborated with businesses and charitable organizations to offer scholarships to many students since the start of this month.