Home Lifestyle Social 2020: A record year for healthcare in Vietnam 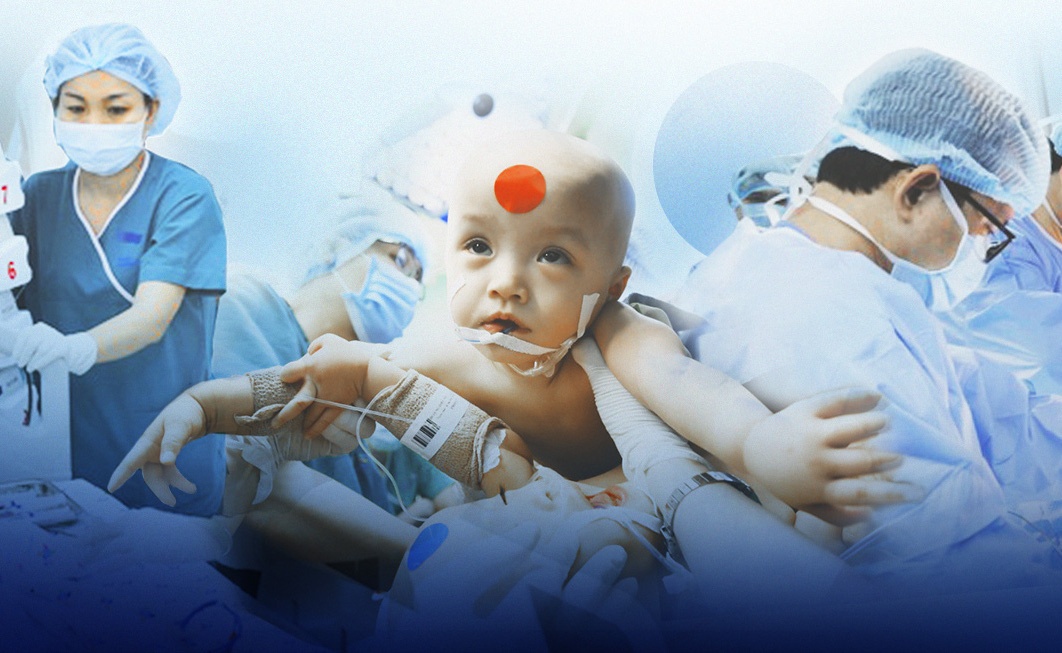 Twenty-eight years later, Vietnam’s techniques of organ transplant have kept up with the world’s medical advances.

2020 alone witnessed memorable records including the first bowel transplant from a living donor in Vietnam – one of the most complicated procedures in the field; 23 organ transplants performed in 13 days at the Viet Duc University Hospital; and five liver transplants conducted in a week by doctors of Hanoi-based Military Hospital 108.

On January 21, patient Pham Van Vuong had his arm and hand transplanted from a living donor.

The donor was caught in an accident on January 3, 2020, having his arm and forearm crushed.

After 18 days of treatment, the patient had to have his arm amputated due to severe injury and risk of infection.

The transplant surgery was later performed by Professor Nguyen The Hoang, deputy director of Military Hospital 108, and a medical crew from the Department of Upper Limbs and Microsurgery under the Institute of Orthopedics and Traumatology.

After eight hours of surgery, the transplant was successful.

All anatomical structures were restored and the hand was fully transfused.

It adapted to the new body and was able to move and hold objects after just one month following the transplant.

Prof. Hoang said in order to perform this surgery, the hospital spent three years preparing the necessary legal and scientific basis and procedures related to medical ethics and post-transplant treatment.

Professor Pham Gia Khanh, head of the Vietnam Organ Transplant Association, applauded the case, saying it was a wonderful success.

“Even developed countries, which have led Vietnam for years, have never had a limb transplant from a living donor as there is a rare chance of limb cut injury that is still eligible for transplantation.

“It is not about willingness but technical preparation and an opportunity that comes once in a blue moon.”

According to Professor Mai Hong Bang, director of Military Hospital 108, there have been about 89 recorded limb transplants in the entire world since 1998.

In all of these cases, the donors were brain dead.

Southeast Asian countries have not yet reported any case of a successful limb transplant.

Therefore, it was the region’s first limb transplant from a living donor ever, performed right at Military Hospital 108.

Following the achievement, on September 16, the hospital’s doctor set another milestone when they simultaneously transplanted two arms for an 18-year-old patient.

His wounds have now closed and the limbs have performed well.

During 13 consecutive days, from August 30 to September 12, doctors of the Viet Duc University Hospital transplanted 23 organs including three hearts, four livers and 16 kidneys – eight of them from living donors.

On September 11 and 12, for the first time, the hospital’s cardiovascular and chest center performed heart transplants for two patients.

It hit the record of 1,000 kidney transplants on September 28.

The 1,000th patient, a 49-year-old man from Hanoi, was discharged ten days after the surgery.

At Military Hospital 108, on September 16, the fourth multi-organ transplant was performed.

Doctors transplanted two lungs for a patient diagnosed with primary pulmonary fibrosis, livers for a patient having acute liver failure due to hepatitis B, and two kidneys for two patients suffering end-stage chronic renal failure.

A patient who lost his limbs in an explosion also received a transplant for two new forearms while another enduring end-stage dilated cardiomyopathy had a new heart transplanted by doctors of Military Hospital 108 at Viet Duc University Hospital in cooperation with the Vietnam National Coordination Center for Organ Transplantation.

Professor Bang, the director of Military Hospital 108, said it was a “big battle,” as 150 doctors and medical staff spent a day preparing and continuously performing operations in ten hours.

On October 27 and 28, Vietnam Military Medical University implemented two intestine transplants – one of the most difficult cases.

At Ho Chi Minh City Children’s Hospital, conjoined twins Truc Nhi and Dieu Nhi were separated on July 17, 2020 after a historic 12-hour surgery with the participation of nearly 100 doctors and medical workers from top-tier hospitals, 32 years after the first successful separation operation in Vietnam of the Viet-Duc twins.

“It was a miracle,” Vice State President Dang Thi Ngoc Thinh said about the surgery, adding she felt “very emotional” and thanked medical crews for “showing Vietnamese people and the world over Vietnam’s medical advances.”

Truc Nhi and Dieu Nhi were detected to be conjoined in the 16th week of pregnancy.

They were surgically taken out at 33 weeks, weighing 3.2kg and suffering from respiratory failure and other premature-related diseases.

The conjoined twins were classified as ischiopagus tetrapus (quadripus), a rare case in which they have a symmetrical continuous longitudinal axis with their area of union not broken anteriorly.

According to doctors, a pair of conjoined siblings are born for every 200,000 births and only six percent of them are ischiopagus tetrapus.

The success of organ transplantation opens up treatment possibilities for patients with end-stage impaired organs, brings hope and great opportunities to overcome serious diseases and improve quality of life for patients.

The profession of salt producing in the South of Vietnam

Administrator - 5 March, 2021 0
In the face of harsh nature with sun, wind, billows and storms, Truong Sa (Spratly) archipelago still shows a beauty of pride and resilience.

Administrator - 5 March, 2021 0
The Hanoitimes - Vietnam is one of just three countries in the top ten Happy Planet Index rankings with an Ecological Footprint that is small enough to be considered environmentally sustainable.

Administrator - 5 March, 2021 0
Every spring in the Bac Ha Plateau, plum blossoms bloom in white, which makes the hills and valleys planted plum trees be a unique, poetic beauty and attracts lots of visitors.