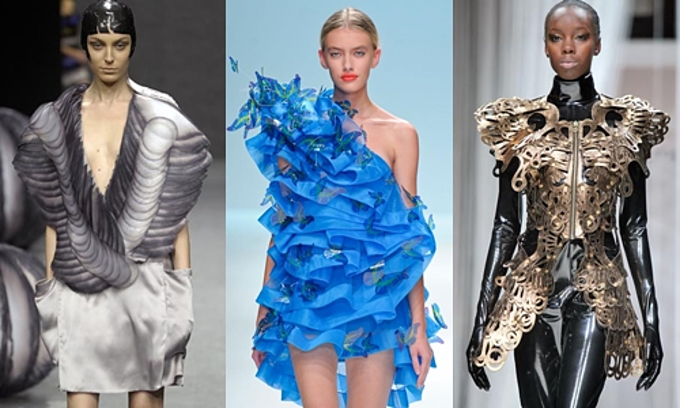 Some of Lie Sang-bong’s designs. Photo acquired by VnExpress

Lie Sang-bong will launch a special collection at the Vietnam International Spring – Summer Fashion Week 2019 in HCMC on April 11.

Trang Le, president of the Fashion Week, said she has high hopes that the reputation of Lie Sang-bong would elevate the event and open new opportunities for cooperation between Vietnamese and South Korean fashion businesses.

His son, designer Lee Chung-chung, will accompany him on this trip. Lee Chung-chung has launched several collections in previous seasons of the Fashion Week.

At his debut in 2017 at the same event as a guest, the South Korean designer said he was impressed with Vietnamese fashion, especially the enthusiasm and passion of young, talented designers. He said Vietnam would become one of the biggest fashion markets in Asia in the future.

Lie Sang-bong, born in 1955, is a designer with great influence in South Korea. His designs have been featured in famous publications like Vogue, Vanity Fair, The New York Times, Le Figaro, The Telegraph, Elle and Harper’s Bazaar.

He has also designed dresses for many celebrities including Yuna Kim, Lady Gaga, Beyoncé, Rihanna, Kelly Rowland and Zhang Ziyi.