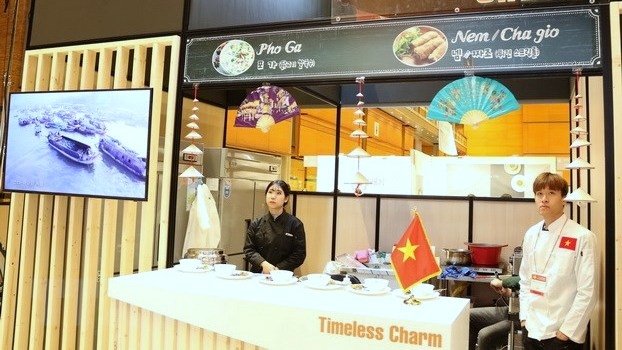 This year, Vietnam will bring the country’s iconic “pho” noodle soup and fried spring rolls, or “nem ran”, to the festival.

The ASEAN Culinary Festival 2018 features a live cooking show with celebrity chefs from the RoK and Malaysia. There will also be cuisine and beverage booths that will present information on gastronomy tourism in various ASEAN nations.

The event has been annually held by the ASEAN-Korea Centre since 2016 to give Koreans a better understanding of the traditional cuisines and culinary skills of ASEAN countries which are top priorities of the RoK’s New Southern Policy.

The food festival is expected to foster cultural exchange between the RoK and ASEAN member states, creating closer ties among their peoples that will pave the way for more Korean visitors travelling to Southeast Asian nations.

According to the ASEAN-Korean Centre, ASEAN member states welcome around 7 million tourist arrivals from the RoK each year, who come not only for popular tourist destinations but also to taste local foods. Da Nang is emerging as one of the destinations most favoured by Koreans.

“Nem ran” (or “cha gio” as it is known in southern Vietnam) is a tasty, traditional dish. It is so popular that it is hard to attend a Vietnamese wedding, funeral, or Tet (Lunar New Year) party without seeing a tray loaded with these delicious spring rolls.

Meanwhile, the “pho” noodle soup originated from Hanoi before it was brought to the south where people added their own influences to the dish. This year, travel site Rough Guides named “pho” among the world’s top 15 foods that are easy on a globetrotter’s pocket, while the dish was also listed as the world’s 20th best food experience by the travel publisher Lonely Planet.

Administrator - 13 February, 2021 0
Giang Xa Village in Hanoi’s Hoai Duc District is famous for its delightful ‘bac’ cake (fried cake made from sticky rice, ‘gac’ fruit and green bean), a delicacy which has existed for more than a hundred years.

Administrator - 12 September, 2021 0
In Ha Long, steamed rice paper rolls (banh cuon) are eaten with squid cakes instead of pork cakes or grilled pork as in other places in the north, creating a whole new style.