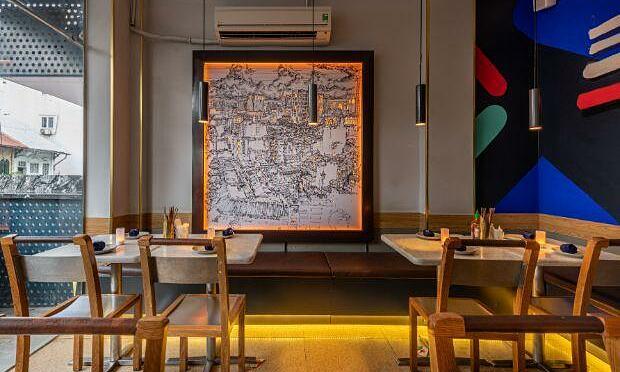 Two Vietnamese restaurants have made it to a ranking of Asia’s 100 best, one each in HCMC and Hanoi.

The magazine said: “Peter Cuong is a Vietnamese-American chef who studied at Le Cordon Bleu and trained at world-famous restaurants including Caprice in Hong Kong, Alinea in Chicago and Nahm in Bangkok.

“A pioneer of modern Vietnamese and Asian cuisine, he is one of the most recognizable faces on the country’s growing gastronomic scene.”

Tung Dining, nestled in downtown Hanoi and close to popular tourist destinations such as St. Joseph’s Cathedral and the Sword Lake, opened in 2018 and specializes in elaborate 18-course dinners prepared by chef Hoang Tung and his team.

The Chairman Restaurant in Hong Kong topped the list, followed by Odette in Singapore and Den in Japan.

The list is compiled by more than 300 food writers and critics, chefs, restaurateurs, and regional culinary experts.

Ca muoi – a favorite Vietnamese side dish in summer

No name for fame at this Chau Doc fish noodle stall

Nuts for bananas: a snack of youth

Administrator - 18 March, 2020 0
NDO/VNA - Arriving in Hanoi in the hot summer, a lot of Hanoians will recommend you go straight to Trang Tien street to get an ice cream. The popular ice cream has become a specialty the city after more than 60 years of sales.