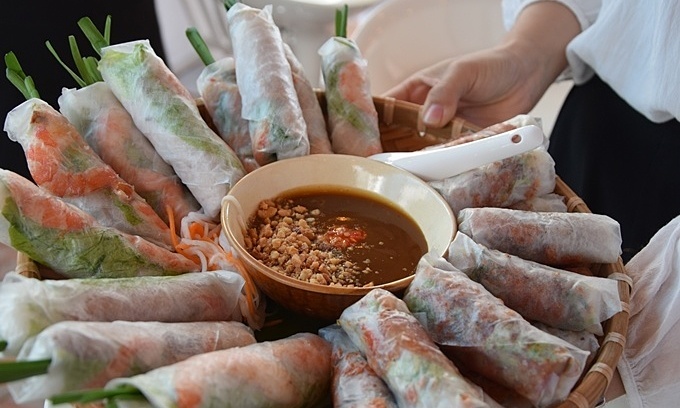 Hosted by Vietnamese Australian chef Luke Nguyen, the show will run at 8:30 p.m. every Sunday, featuring a culinary journey from southern Vietnam through Mekong Delta to the northern region and Hoi An, a UNESCO heritage site in the central region.

Luke Nguyen has followed a culinary career for over 30 years. He is renowned for a chain of restaurants worldwide like Red Lantern and Vietnam House. He judged Master Chef Vietnam seasons 1 and 2 and was a special guest on chef Gordon Ramsay’s Great Escape and Master Chef Australia.

The chef was once the official food ambassador of Etihad Airways, responsible for planning inflight menus to and from Vietnam.

Vietnamese cuisine has become better known across the world over the past few years, with international chefs and prestigious food magazines praising several national dishes.

Some street-corner dishes have made it to all corners of the world, like Vietnamese sandwich banh mi, listed among the world’s top 20 street foods by Fodor’s Travel, a U.S. travel site. Vietnamese iced coffee with condensed milk has also been lauded by publications like NatGeo and The New York Times.

Administrator - 21 March, 2020 0
Hotels and resorts across Vietnam, from HCM City to Dalat, Danang and Hanoi, are offering a wide range of promotions for couples on Valentine's Day, February 14.

Administrator - 18 March, 2020 0
A great combination of pork fat and tasty sea urchin meat intermingled with the fragrant aroma of spring onions and roasted peanuts, the dish is a delicacy of fishermen in the central coastal region.