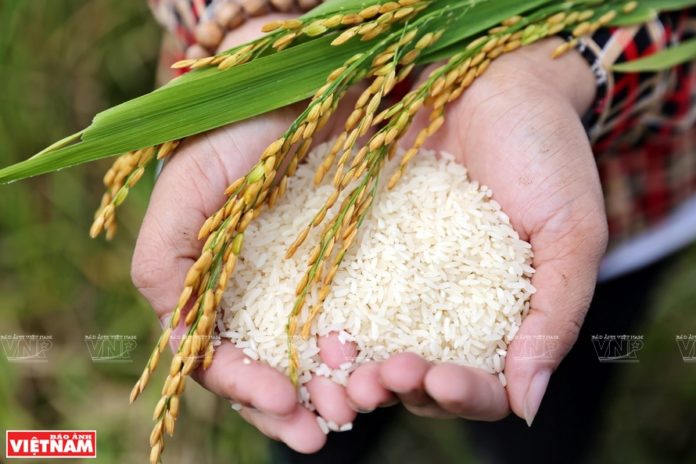 Expectations from the EU

Before EVFTA, Vietnam and the EU were already important trade partners. For the EU, Vietnam is not only an important, dynamic, stable and potentially large market with nearly 100 million people, but also an optimal gateway for EU businesses to reach a larger market, ASEAN. Therefore, it is not difficult to understand European s investors’ expectations toward EVFTA, particularly with the impacts of COVID-19 and current global economic and trade uncertainties.

To date, the EU has had 2,244 projects in Vietnam with a total registered capital of 24.67 billion US dollars and other big projects invested through a third country or territory.

On the other hand, Vietnam’s demand for quality consumer goods from the EU has increasingly grown. In Hanoi, Ho Chi Minh City, Da Nang and other big cities across the country, it is now not hard to find showrooms of luxury cars such as Mercedes-Benz, BMW and Peugeot or fashion shops of popular European brands including Louis Vuitton, Chanel, Gucci, Lacoste and Prada. Ten years ago, this was unimaginable. Even in such industries as health equipment, pharmaceutical products, chemicals, airplanes, services, banking, insurance and hi-tech machinery, EU investors have received a lot of attention from the Vietnamese.

Canada’s Financial Post quoted the EU as assessing EVFTA as “the most ambitious free trade agreement” that the continent has signed with a developing country. Explaining this “ambition”, experts said that with EVFTA, the EU has not only gained large benefits from Vietnam, one of the world’s most successful emerging economies, but also via Vietnam, which has a position and influence in ASEAN, EU businesses can penetrate into ASEAN, regarded as the world’s most dynamic market with a population of over 600 million. There were even forecasts that together with a free trade agreement (FTA) signed with Singapore, EVFTA will become a model and a springboard for the EU to establish FTAs with other ASEAN member countries, or even an EU-ASEAN FTA.

The EU has expected positive impacts from EVFTA, an agreement signed with a country which can well supplement the EU economy. Vietnam is a manufacturer of many goods for which the EU has a demand while it is also a large importer of goods manufactured by the EU and concurrently serves as a bridge for the EU to expand its markets.

According to European Chamber of Commerce (EuroCham) in Vietnam Chairman Nicolas Audier, 80% of EuroCham members were optimistic about the business prospects in Vietnam. He said “EuroCham with one thousand members looks forward to working hand-in-hand with Vietnam to ensure that all sides can unlock the full potential of EVFTA now and in the future.”

Boosting exports and foreign direct investment (FDI) are regarded as two of the main momentums for Vietnam to maintain and accelerate its economic growth.

A recent study by the Singapore-based Institute of Southeast Asian Studies (ISEAS) pointed out that Vietnam’s strong economic growth over the past 30 years largely relied on exports and FDI, helping the country become one of the world’s most open economies. According to ISEAS,Vietnam regarded international economic integration as a means to boost socio-economic development, and trade and investment as important tools to restructure and upgrade the economy.

According to EuroCham Chairman Nicolas Audier, the EVFTA is now more important than ever, as trade wars and a global pandemic have disrupted normal business operations on an unprecedented scale.

EVFTA is also drawing the attention of the Vietnamese business community, given that the EU is a key export market of Vietnam and a leading importer with a purchasing power ranking second in the world. Right after EVFTA took effect, taking advantage of preferential tariffs under this agreement, Vietnam’s exports to the EU, which reported a decline in previous months, bounced back again despite the COVID-19 impacts.

According to statistics from the General Department of Customs, by the end of August, Vietnam’s EU-bound export value totaled 25.92 billion US dollars. In August when EVFTA took effect, the value hit 3.78 billion US dollars, around 600 million US dollars more than the average of the first seven months. Exports were mostly telephones, computers, electronic components and parts, agricultural products, footwear, garments and textiles.

The Ministry of Agriculture and Rural Development also said that agro-forestry and aquatic exports to the EU started rising as a result of the implementation of EVFTA. The value of orders for seafood products from the EU in August increased 10% from July. After EVFTA, prices of Vietnamese rice also rose by 80-200 US dollars/ton compared with July.

Apart from increasing exports, EVFTA is expected to help Vietnam draw FDI from leading investors. According to Head of the Delegation of the EU to Vietnam Ambassador Pier Giorgio Aliberti, if there is more trade from the EU to Vietnam, it is likely that EVFTA will trigger a new wave of FDI from the EU into this country.

Due to the impacts of COVID-19 and increasing trade tension between the US and China, a wave of redirection of capital flows appeared in the world. Many leading investors started seeking new investment destinations, which are safer and effective, including Vietnam, to diversify production chains, avoid risks and, most importantly, make use of Vietnam’s current advantages, including EVFTA and 12 other FTAs Vietnam has signed.

EVFTA is an expressway connecting Vietnam and the EU, creating a win-win opportunity for both sides. Particularly for Vietnam, it is a game with “giants”, being a catalyst and concurrently a lever to give Vietnam and its businesses in particular a chance to improve and raise their capacity in their deeper integration into the global value chain.
.