The group’s hyper-showy dance moves and earned praise from the celebrity judges to go on to the deliberation round.

Music producer David Foster said: “For me, in general, I thought the choreography was really unique and it told a story. And it doesn’t always happen on this stage. So good going!”

“It was definitely a solid performance. I mean, there were a few minor slip-ups but I don’t think it hindered your overall performance. You guys all had very charismatic expressions and were all very fierce. I liked it,” said Korean superstar Jay Park, who joined the troupe for a few minutes on stage and showed off a few moves himself. 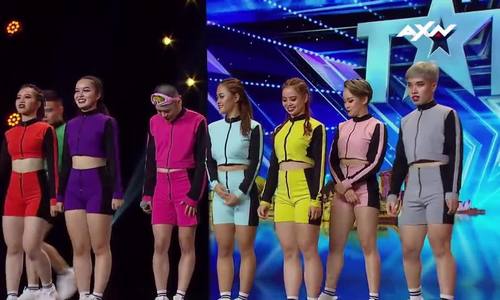 Anggun, an Indonesian music icon also said she was entertained and liked it. So the Hanoi X-Girls got three yesses from the judges to enter the next round.

Hanoi X-Girls was formed in 2016, specializing in Poly Swag Hip Hop and Waacking. Having performed in several dance competitions, they were crowned the champions of 2018 Hot Steps Dance Competition and 2018 LG Twinwash Dance Challenge in Vietnam.

Other Vietnamese representatives like LifeDance team and junior dance duet Gia Nhu and Anh Duc also secured a place to the deliberation round at Asia’s Got Talent 2019.

Administrator - 13 February, 2020
0
Laws and regulations will never be enough to build a perfect society. We need an ingrained moral framework.

Administrator - 14 February, 2020
0
Many Vietnamese go abroad to seek medical treatment, but there is an increasing flow of patients in the opposite direction too.

Administrator - 13 February, 2020
0
If you drink, don’t drive. If you drive, don’t drink. How many tragedies do we need to realize the obvious?

80-year old woman spends half century living alongside the dead

Administrator - 13 February, 2020
0
Bui Xuan Huong longs for Tet (Lunar New Year Festival) since it is the only time of the year when her neighborhood comes alive.